Tracker’s line of Grizzly jon boats offer a great option for those looking for reasonably priced aluminum jon boats that are still well made, even if they don’t have a ton of features. The Tracker Grizzly 1648 is a solid model that is one of Tracker’s more popular models. Let’s check it out.

The Tracker Grizzly 1648 is a simple jon boat meant for fishing or hunting and actually comes in two versions. The most bare bones which we’re covering here is just the 1648 jon but be aware that there is the Tracker Grizzly 1648 SC (side console). That version has the console sport steering wheel if you’re into something with more control and features but it does cost more as well. Both still feature the rock solid construction of a complete aluminum jon boat.

At 16 feet it’s a respectable length for heading out on the water alone or with a couple of friends and family to go fishing or hunting. There are options for a camo paint job if you are more of a duck hunter and want some coverage that the basic model doesn’t provide for you.

The Grizzly is a boat best suited for those who aren’t looking for a lot of bells and whistles but instead have an interest in something solid and utilitarian that won’t necessarily break the bank.

There are limited features available for the Tracker Grizzly 1648 and the only options are color options plus a trailer. That said, here are some highlights that make the Grizzly a stand out.

Straight from Tracker’s website the Grizzly 1648 costs $5,395. That’s for the forest green version. You can upgrade our hull color to either Grassland Camo or Woodland Camo. Either option will add $500 to the final price.  You can also add a 16’  single-axle, custom-matched trailer that will increase the price again by $1,995.

Compared to similar jon boats that are also 16 feet, this is actually very reasonably priced but you are definitely getting a pretty basic boat for the money. Remember that you’re going to want to add a trolling motor and that will add to the final cost for you

What You Need to Know

The Tracker Grizzly is a fully welded boat so you may be able to find similar boats that are cheaper but they’re riveted and not welded. Keep that in mind if you’re comparing the Tracker to something like the Alumacraft MV1648. The Alumacraft is similar in regards to features and performance but costs about $2000 less because of the construction.

What People Are Saying About This Versatile Aluminum Jon Boat

Tracker has been making jon boats for a long time now so there’s a lot of opinions and personal insight to look through when you want to find people’s thoughts and man do people have thoughts. There are some polarized opinions on Tracker so let’s go over what I found to be the things people brought up most often both for and against them.

I touched on this earlier and it’s very interesting to see how the warranty, which sounds great as presented by Tracker, works in real life for real boat owners. A lot of Tracker owners have said that the warranty absolutely is as good as it sounds and they had no issues. Repairs are often quick and relatively hassle free, which is great.

On the downside, a few owners have said that Tracker is very slow to communicate when you try to initiate repairs under warranty. Another issue was that some repairs are denied even if the boat is under a year old still. It’s hard to say why some were rejected but at least one owner told me that they had an issue with the inside strakes cracking around the welds and the warranty coverage being denied because the welds are guaranteed and not the internal bracing.

There are a couple of ways to look at the pricing of the Tracker Grizzly 1648. For the materials used, which are tough and sturdy, I think and so do a lot of others that you’re getting a solid deal. But I have seen others point out that you can get a 0.070 material hull for less than half the price and, arguably, if that fell apart you could literally buy a whole new hull and just swap over the engine and whatever accessories you have and still not pay as much for basically two boats as you’d pay for the Grizzly.  That may be true but, as was also pointed out, do you want to spend a couple thousand dollars on a basically disposable boat? The Grizzly is tough and can last a long time so it’s a better investment in the long run, at least as far as most people are concerned.

Some owners of the Tracker Grizzly have brought up issues with the welds and the electrical systems not working well. In addition there’s been some problems with the overall power and speed. Remember, this is a heavier boat made from heavier materials and if the engine isn’t powerful enough you’re going to feel a little draggy in the water. This will seem more pronounced against a lighter weight boat that may have a weaker engine but still get better speed on the water than the Grizzly.

All things being equal, I do recommend the Tracker Grizzly 1648 if you want a lower cost but solidly built jon boat that doesn’t have a ton of bells and whistles. Or any at all, really. The Tracker Grizzly 1648 seems to be Tracker’s best selling model of jon boat and there are a lot of them on the water. That’s arguably the reason we were able to find so many complaints about certain issues when looking into this model. But in my own experience, none of that was relevant. My friend has had a Grizzly 1648 for a couple of years and we went out for an afternoon, had a couple of drinks and caught one fish between us. Not the best outcome, but it was a solid boat, it handled really well and he’s had no complaints about it at all.

The more popular something is, the more people who have a problem with it there will be. But for every person who has had an issue there seem to be dozens more who have been enjoying their boat trouble free. For that reason, I recommend it as a well built, good value boat but do keep in mind the issues others have had. 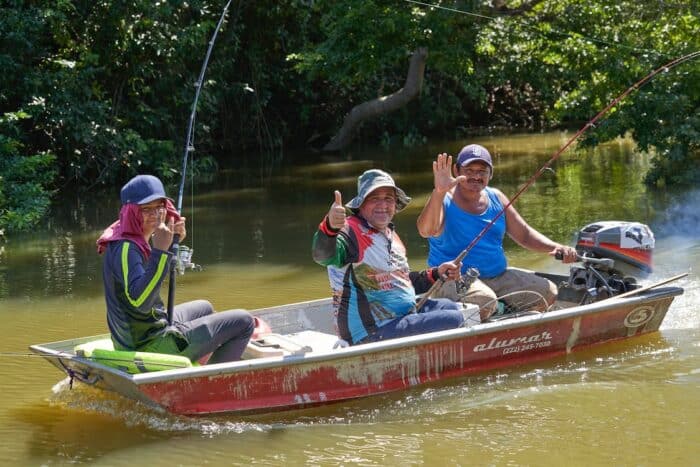 What is a Jon Boat?