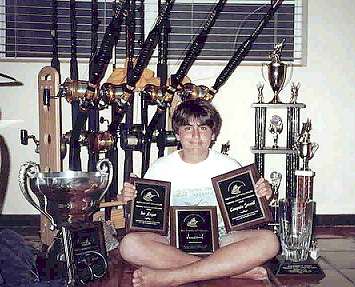 Alex Does It Again!

During the Club Nï¿½utico de San Juan, Puerto Rico Tournament held last November 4th and 5th, Alejandro Manuel Rosas-Salgado (Alex) won two first place trophies for kids and came in second among adult anglers, for a total of 3 trophies.
This annual tournament is held for San Juan Club Nï¿½utico members, family and friends. The rules call for four anglers per boat, along with a mate. The tournament starts with departure from the Club a 7:00 AM and returning no later than 4:00 PM, without any limit as to distance.

Alex’s entire family, including his father, mother and sister, not only enjoy fishing but diving as well. They often visit various locations throughout the Caribbean, including Norman Island where they dive the caverns. They also enjoy going to Cooper Island where, at about 125 feet deep, lies the SS Rhone. This British ship, which sank due to a hurricane about three centuries ago, is now a National Park visited by thousands of tourists every year from all over the world.
Alex’s Previous Story 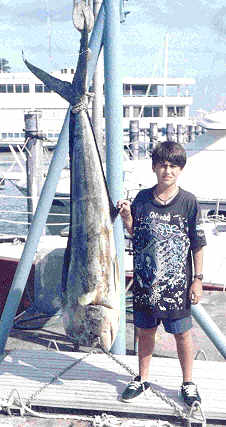 Some outings are more exciting than others and then there are those occasions when your fishing outing turns into a world record.

The former record was established in 1984 by a 15 year old Australian boy. His dolphin weighed 54 pounds.

If you have a record fish, or just one you’re proud of, or any boating-related story, send us a picture and/or story and we will add it to the “Kid’s Korner” gallery. 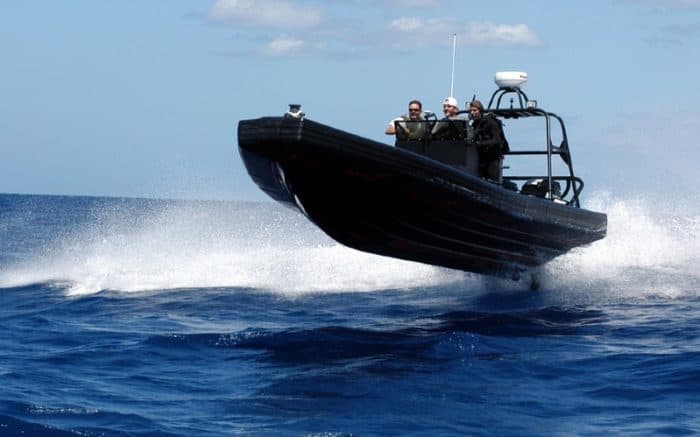 How Do Hydrodynamics Affect Boating?

How to Snorkel Like a Pro: A Beginners Guide

Best Spinnerbaits To Use In 2021: Pro Angler Guide

The Different Types of Bass: A Comprehensive Guide

Ranking The Best Outdoor Thermometers of 2021