Why Is Night Vision Green?

From almost every military movie you have watched to “Call of Duty” missions and even creepy stalker films, night vision goggles have almost become a mainstay in all darkness oriented adventures.

Apart from the fact that night vision goggles seem to bring light to darkness and help members of SEAL Team 6 see quite well when covertly making their way through enemy territory at night, there is also one peculiar characteristic of these goggles that stands out – the light is always green.

So, why is night vision green, and could that light have been any other color?

Let’s take a closer look at night vision technology to get a better understanding of how it all works.

The simple answer is that green is deliberately chosen because our eyes are more sensitive to that color.

To understand all that, you first need to take a look at how night vision actually works in both humans and other animals that have better night vision than we do.

Technically speaking, we are designed to operate during the daytime and sleep at night when it’s dark. We can’t see very well at night because of how our eyes are made. Our retina (the part of our eyes that is sensitive to light) has two main types of cells called cones (these help us to see colored light) and rods (these help us to detect dim light and movement).

Oddly enough, we have about 120 million rods in our eyes and only 6 to 7 million cones. Despite all that, we still don’t see very well at night.

Creatures of the night, however, are built a little differently. For the most part, these creatures have much bigger pupils who work to let in more light. They also have so many more rods than we do.

Some creatures, like cats, have special eyes that have something called a tapetum. This is a mirror-like substance that works to reflect light out of the cat’s eyes. By doing so, the tapetum in a cat’s eyes bounces the incoming light twice through the cat’s retina, giving it double the number of chances it has to see things in the dark. That is also why when a beam of light hits a cat’s eyes at night, that light is reflected out as if it hit a mirror.

Human eyes, unfortunately, doesn’t come with all these natural gizmos to see at night. While our pupils do open up wider at night to take in more light, it just doesn’t open up wide enough for us to see well in the dark.

Night vision technology was invented to help amplify our ability to see at night, and as such, the inventors had to come up with a way to capture what little light there is in darkness and amplify it enough for us to see.

Here is a quick look at how night vision binoculars work:

Now, night vision goggles work so well at night because, by the time the electrons (originally photons from the outside world of darkness) hit the phosphor screen, the screen gives you a much brighter version of what entered the lens, to begin with.

While the explanation above gives you a simplified look at how night vision goggles work, understanding how this technology all comes together in concert is key to helping you understand how else we can see in the dark.

This is the kind of technology that can differentiate between the heat signature of your subject against that of the surrounding environment. Simply put, it can tell whether there is a living thing (human or animal) within your line of sight by differentiating its temperature from that of surrounding objects such as rocks and trees.

Thermal imaging probably sounds like something you only hear in military movies, but illumination is a day to day term that most people will understand. The kind of illumination process used by night vision devices is nowhere close to what your light bulb would give off. Night vision devices use light that is very close to the infrared band. This light tends to bounce off of objects and illuminate them in the process. This also adds just a bit more light to the surrounding environment, allowing whatever night vision equipment you may be using to harness that light and enhance it into a discernable image.

This is exactly what the photomultiplier and the photocathode do to help you see through your night vision equipment, even in the dark. 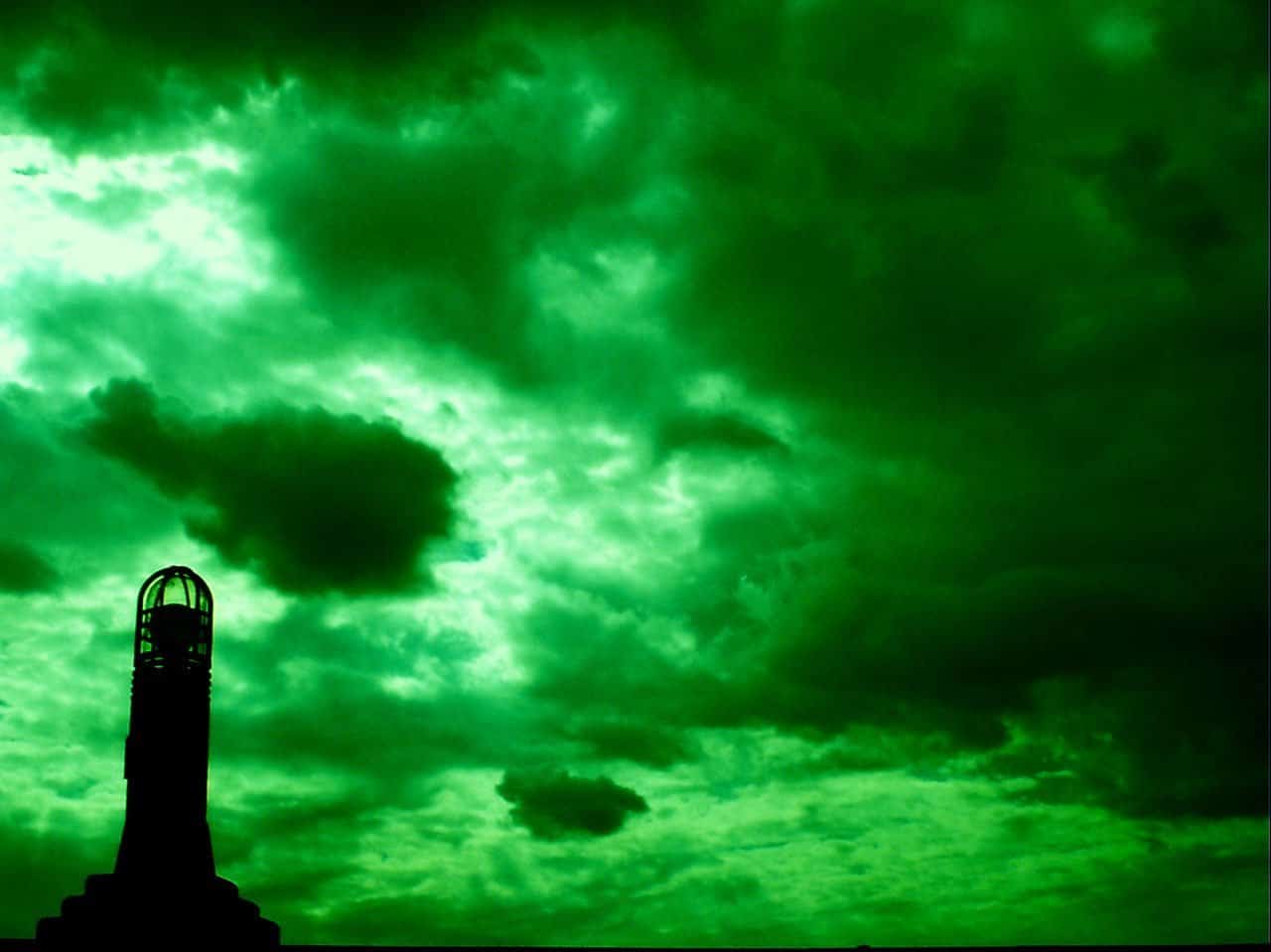 Why Does Everything Look Green through Night Vision?

Despite the dark, the photons hitting the lens, which makes up the front of the night vision goggles, still carry light of all colors. The problem, however, there is no way to preserve this information when they get converted to electrons by the photocathode. That color information is, therefore, effectively turned into black and white.

You might then wonder: why don’t we see black and white when we look through a night vision monocular or similar device?

The phosphors in night vision goggles are deliberately designed to make green pictures for a couple of simple yet effective reasons:

So, night vision goggles tend to be green because it is within that wavelength that the natural night vision in the human eye is enhanced.

Can You Use Night Vision Goggles in Total Darkness?

No, you can’t use night vision in total darkness because there is no light to be enhanced.

Night vision goggles are technically “image intensifiers.” From the explanation above, you can see that night vision goggles take the original image, break it down into electrons, multiply those electrons and enhance their appearance giving you a much brighter version of what you are looking at. It does this because there is some light even in near dark environments.

In completely dark environments, however – like a smoke-filled room – night vision goggles wouldn’t work. In this case, you can go for thermal imaging devices that detect the heat your subject radiates as opposed to depending on the light that an object reflects.

The very first practical night vision – well, not goggles – devices were invented in Germany around the mid-1930s. These devices were used by German Tanks and infantrymen called Nachtjägers (night hunters).

These devices were almost as big as a dinner plate and required the soldier operating them to carry a huge battery pack on his back. They were active infrared devices that were used to brighten up whatever the soldier was looking in the dark.

The idea was that the soldier would shoot a beam of near-infrared light in the general direction of his target, and that would reflect off the objects around him and bounce back to his lens, creating an image of what he was looking at in the dark.

Clearly, that was night vision technology in its infancy. Today, night vision devices are much smaller, more efficient, and more effective. Commercial night vision goggles were invented by Vladimir K. Zworykin, a Russian-American engineer, and inventor who worked at Radio Corporation of America.

How Far Can You See in Night Vision Goggles?

Assuming that neither you nor your subject is standing in total darkness, with the right kind of night vision device, you can see someone standing more than 200 yards or 183 meters away from you. And this is on a moonless, cloudy night.

Can Civilians Own Night Vision Goggles?

While there has been some debate about this, there really isn’t an express law against civilians owning night vision goggles. The issue often arises when someone tries to ship military-grade equipment out of the country without a license.

Song II Kim, a native of North Korea with a Cambodian visa, tried to buy and ship night vision goggles in Hawaii back in 2015. He set up a meeting with his contacts who happened to work for Homeland Security. Song II Kim was arrested and arraigned in court. He was then charged with trying to ship out military-grade equipment without a license. An act that went against the Arms Export Control Act.

The truth is, today, there are very many private companies that develop extremely effective night vision goggles that are nowhere near as expensive as they used to be.

For example, a quick search on Amazon will give you some excellent night vision options to buy:

Granted, most of the night vision equipment available for sale online aren’t exactly designed for combat use. For the most part, these are designed to help hunters watch and catch their prey when hunting at night.

How Else Can Humans See in the Dark?

You might be wondering how else people can see in the dark without night vision goggles. After all, things like planes and ships tend to do just fine without them. These devices use a combination of tools and sensors which help their navigation.

Things like radar, which use radio waves to see, sonar, which uses sound to navigate, and GPS are all different types of technologies that can help us work around the fact that we can’t see very well at night.

As far as the question “why is night vision green” is concerned, the answer is that it has everything to do with the light wavelength that is ideal for our human eyes. 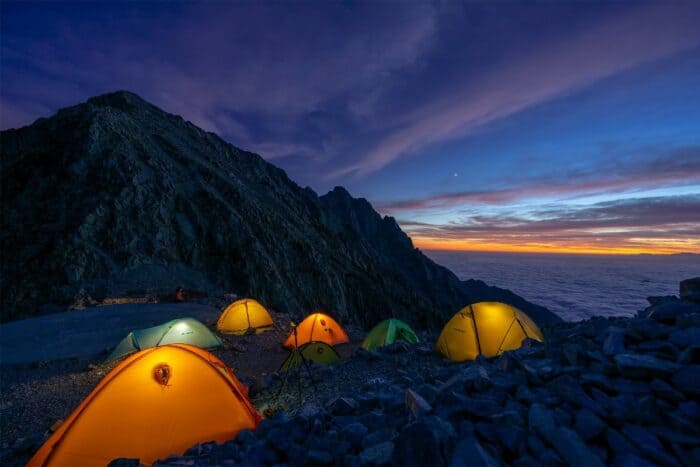 Beach Tent vs Camping Tent: Is There a Difference? 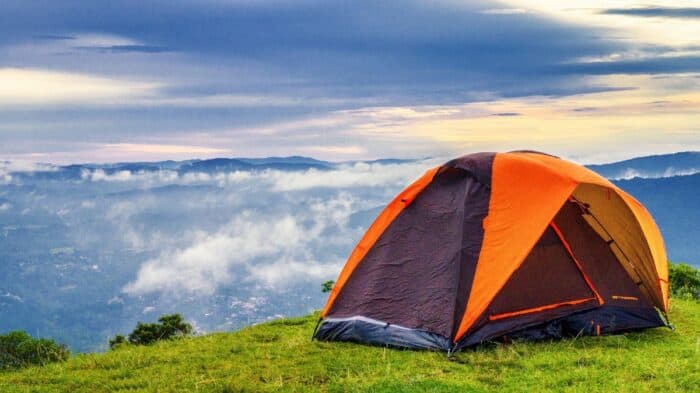 How to Clean a Tent with Mold 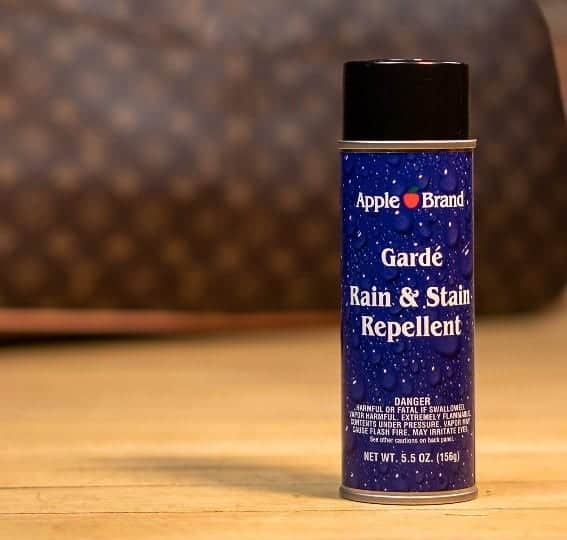 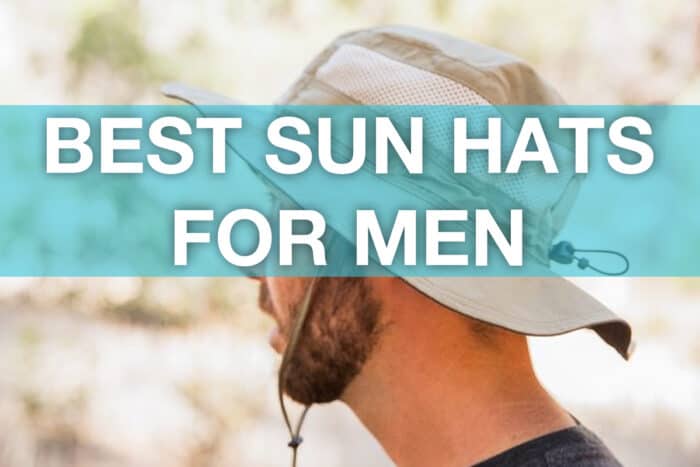