What Do Bass Eat?

Asking what do bass eat has been a question taken on by many bass anglers. But to answer what do bass eat, you need to know what a bass is first. There are literally dozens of fish that people refer to as bass and not all of them actually are.

Knowing the different between largemouth bass and smallmouth bass is important for you to fish. These bass eat different things. Largemouth bass eat larger prey, that makes sense. But some bass eat almost nothing but crustaceans. Other bass eat insects. Some bass will even eat each other. And a few species of bass eat anything.

The age of the bass is another factor that affects bass feeding habits. Baby bass have to eat smaller prey, that just makes sense. Adult bass often graduate to not just larger but more diverse food.

All across the country, there are many species of bass and what we call bass. That’s ironic because some of these, like the Peacock Bass, are more closely related to fish like tilapia. There are some subspecies and isolated populations of other bass around. Those are not in significant enough numbers to worry about. If someone says they’re going bass fishing, they’ll probably mean one of the fish we’ll cover here.

Each species of fish is different. Are their similarities between smallmouth bass and striped bass? Sure! But they do have different habits and different diets that depend on a number of factors. This can range from available food sources to time of year to water temperatures.

Once you understand what a bass likes to eat, it becomes quite a bit easier to catch bass and eat bass, if that is your goal. This information can help you find the best fishing spots. It can also help you choose the best bait or bass lure for what you’re after. 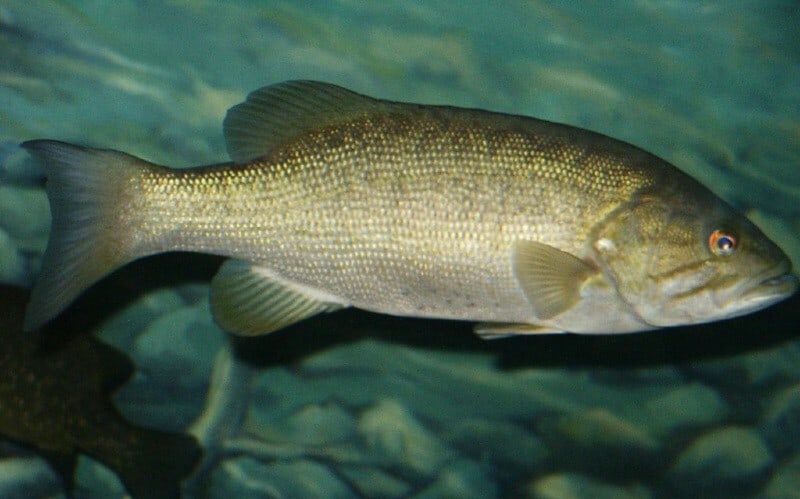 When smallmouth bass are young, they typically feed on plankton and insect larvae. As the young bass grow, their palate becomes more diverse and aggressive. Smallmouth will hunt for crayfish and other small fish. They are also not opposed to eating other smallmouth bass. Insects will remain a part of their diet as well, including aquatic and terrestrial ones.

Next to largemouth bass, smallmouth bass are probably the most popular bass for fishing in America. These fish like a lot of different bait and lures and offer good sport. They are not as big as largemouth, but for some that means they are more of a challenge. Smallmouth bass tend to be good fighters.

Maybe the most popular of all the bass you’re likely to go after. Largemouth bass are crafty hunters and can go after a variety of foods. They will hunt for food on the surface, on the bottom, and in the water column in between.

From the time a largemouth bass is a little fry up to adulthood, it will feed opportunistically. Insect larva, tadpoles and frogs, smaller fish, even crustaceans and birds aren’t safe. They hunt aggressively and eat almost indiscriminately. That makes it seem like they’d be easy to catch, but it’s not always the case. There have been anglers convinced that largemouth bass can’t be the same way twice. If you lose it on one bait, you may need to switch tactics to hook it again.

If you like pond fishing, then you should have success with largemouth bass. There are over 3 million ponds across the United States. Largemouth can be found in many of them. They are willing to eat from the pond surface, or the bottom of the pond as well. You can also catch largemouth bass if lake bass fishing is your preference out on a bass boat.

Adult largemouth bass will eat prey fish of a substantial size. They have even been seen eating baby ducks. Basically, these bass eat whatever fits in their mouths. When choosing baits for largemouth, consider that they do have a good sense of smell. Also keep in mind the habitat in which you are fishing. You may have to choose a different bass lure or baits accordingly. 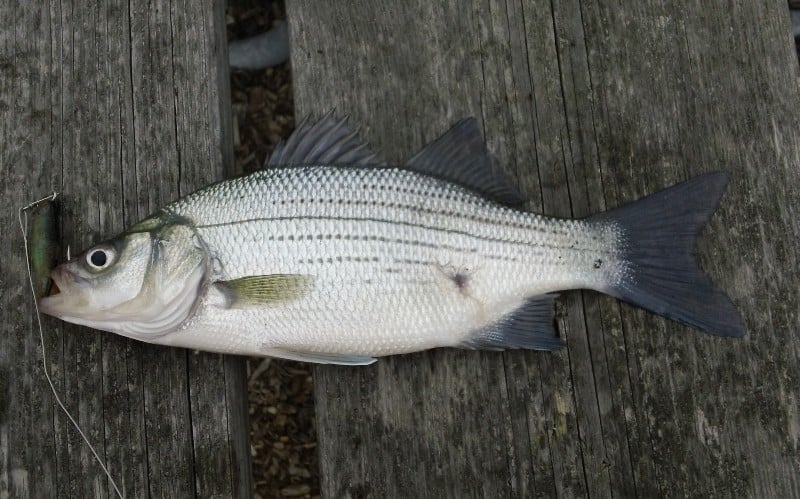 White bass in the wild sustain themselves chiefly on plankton and small insects. They’ll willingly go for worms and minnows when used as bait for fishing, however. Like other bass species, they are carnivores so if they are able to hunt smaller fish. Most white bass will not grow to be much larger than a foot in length. That means the number of prey species available to them is often limited. They are unable to match the voracious appetites of largemouth bass. 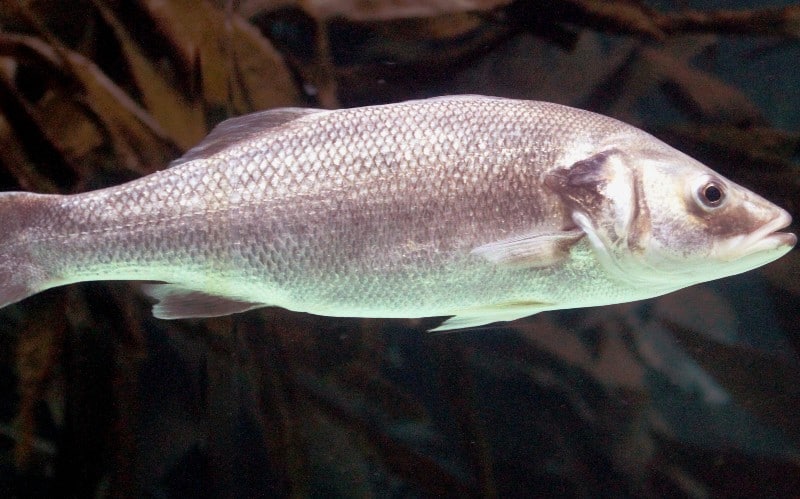 Larger than their freshwater counterparts, white sea bass can grow to be over 3 feet in length. They can also get to be more than 20 lbs. In fact, the largest ever caught weighed nearly 100 lbs.

The diet of the white sea bass is typical for a fish of their size and habitat. They are known to prey on Pacific mackerel, anchovies, herring and sardines. They may also go after pelagic red crabs and even some squid. The white sea bass does not have an abundance of predators beyond sharks, sea lions and humans.

One of the smaller bass species, yellow bass are carnivores like their cousins. Young yellow bass typically eat insects and tiny crustaceans. As they grow larger, they will feed on small fish and crustaceans like crayfish as well. Their feeding habits are similar to most other small bass.

Smaller than a White Sea Bass, Black Sea Bass usually only reach about 8 or 9 pounds. They will not nearly grow to the size of something like an adult largemouth bass. They are opportunistic feeders and will feed on just about anything they can find. These bass tend to prey on shrimp, crabs, clams, worms and smaller fish.

There is a good sized market for Black Sea Bass. It’s also popular as a sport fish. That said, it’s worth noting that the Black Sea Bass is not technically even a bass. It’s actually a member of the grouper family. But it does look like a bass.

You can find black sea bass all over the coast from Maine down to Texas. They populate near reefs or in the open water.

One of the most colorful species, peacock bass are not true bass, as we said earlier. They are also voracious fish and will eat just about any prey they can find. Tilapia farmers add peacock boss to their farms to keep down spawn and invasive species. Release them in spawning areas and they control populations are a manageable level.

They were actually introduced to Florida waters to combat invasive tilapia. Since then they have become a staple of sport fishing. They are also sought after for aquariums. They are easier to manage than larger bass, which is one thing that makes them popular.

In the wild, peacock bass will prey on tadpoles, crayfish, minnows, tilapia and other small fish. They are known to be cannibals as well when resources are scarce. 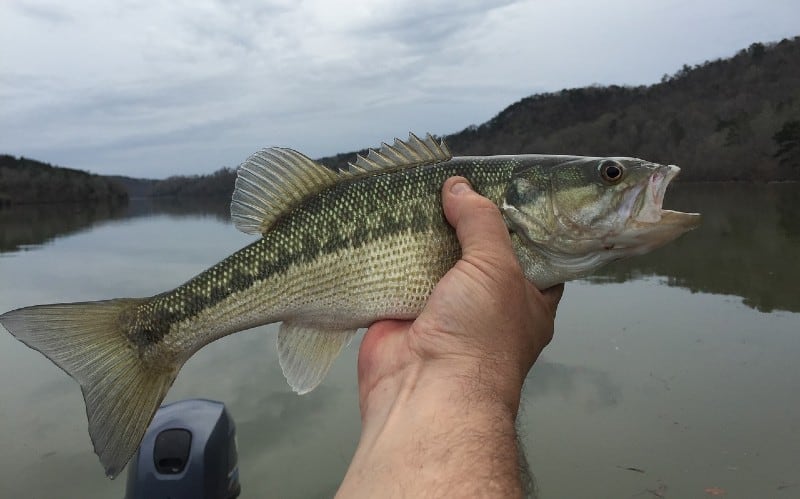 When they are still young, spotted bass will eat insect larvae and plankton. As they grow to adulthood, the bass will hunt larger and more diverse prey. Staples of their diet include shad, golden shiners, and crawfish. However, spotted bass are very opportunistic. They will adapt to just about any food source available. Night crawlers are generally considered effective bait for these bass. 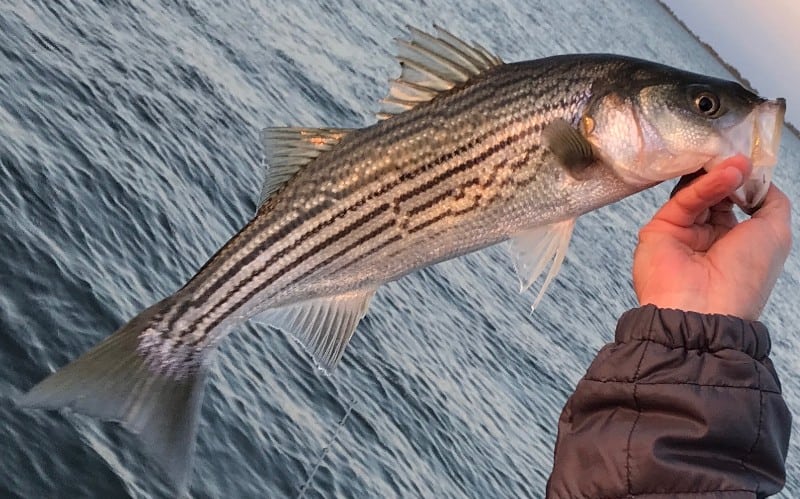 As juveniles striped bass will feed on larvae and small crustaceans. Adult fish are willing to consume nearly anything. You can find striped bass eating everyone from anchovies to eels to lobsters, squid and crab. It would likely be easier to try to compile a list of things striped bass won’t eat rather than what they will eat. 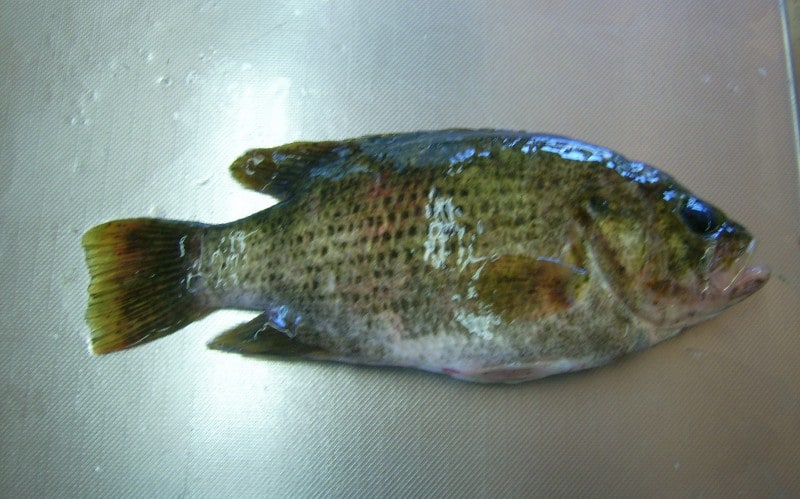 Another bass that isn’t truly a bass, Rock Bass are actually sunfish. They prey mainly on insects and small crustaceans and crayfish. They will also eat smaller fish. But, being small fish themselves, they will also be prey for larger fish.

There are numerous subspecies of bass you’re likely to find around North America as well. They’re more obscure than largemouth or striped, but they can be fun to catch too if you know where to look. These need to be fished in a specific environment. Their habitat is usually limited and their food may be as well. That could mean you’ll need to rely on your fishing experience to determine the best lure or baits to catch them.

Easily mistaken for spotted bass, the Alabama bass is actually a subspecies. Obviously native to Alabama, you can also find them in waters throughout Mississippi and Georgia. A population has also been set up in California.

Alabama bass typically eat crayfish and other fish. You can expect that they are willing to be as diverse in their eating habits as the regular striped bass. In fact, Bassmaster has noted that Alabama bass seem to be able to out-eat largemouth bass. In the wrong population, they could end up forcing native species out as a result. 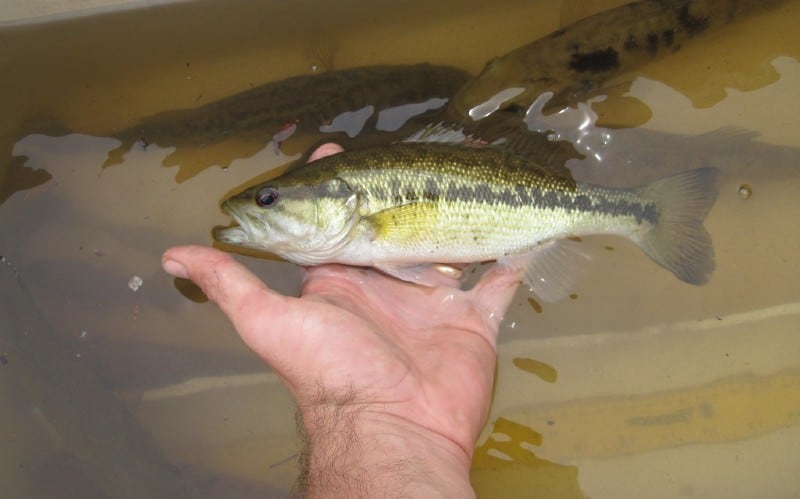 It’s easy to mistake a Choctaw bass for a largemouth or smallmouth. They’re small and only found in a limited range in the Florida panhandle. Their diet is primarily smaller fish, like minnows and crayfish. Because they are so similar to other species it’s often hard to differentiate between them.

Found in rivers in Georgia and Florida, the Suwannee bass is not unlike the shoal bass in appearance. They are small fish and the record holder weighed under 4 lbs. They are most often found in fast-moving, shallow streams. Although they can eat many fish and crustaceans, their diet is dominated by crayfish. The food they have available in their environment is obviously less diverse than what a largemouth bass might have.

Named for the Guadalupe river, you’ll only find this bass in Texas. They’re incredibly small, and the largest on record was under 4lbs. That means these aren’t fished for much more than sport. Despite their small size, they can be feisty. These bass feed almost exclusively on insects.

These are arguably the most obscure bass species in North America. these tiny fish are found in the Savannah River Basis between North Carolina and Georgia. They grow to be perhaps a foot and a half long at most. The sport in catching one of these is often simply in finding it at all due to how rare they are. Check local fishing regulations to see if it’s even legal to fish for these in your area.

Information about Bartam’s bass is limited but they do seem to eat smaller fish and insects. 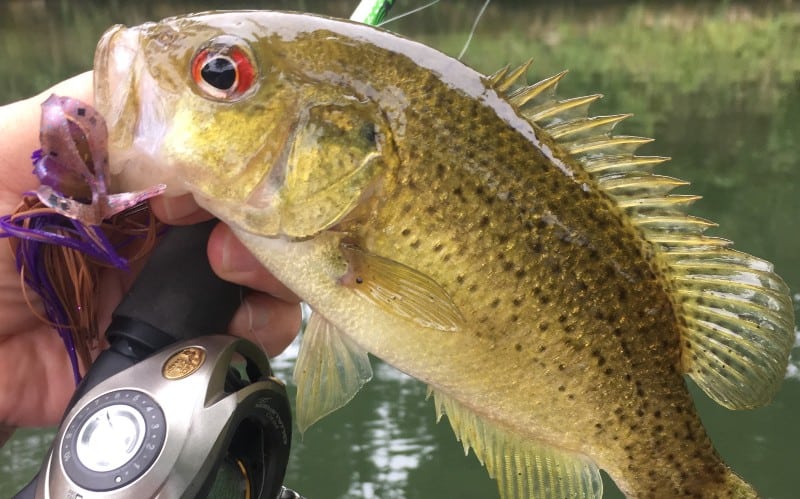 Redeye bass can be found in Alabama and Georgia, and they do live up to their name. Not nearly as large as some species, their distinctive red eyes make them easy to spot. The record size for a redeye bass is under 9 lbs. Adults will feed on surface insects. They are also known to eat smaller fish and crustaceans like crayfish.

These bass are similar in appearance to other black bass. That includes the redeye and smallmouth. Crayfish are hands down their favorite food source as well. As a result, you’ll find these fish typically in shallow streams and pools around rocky areas. 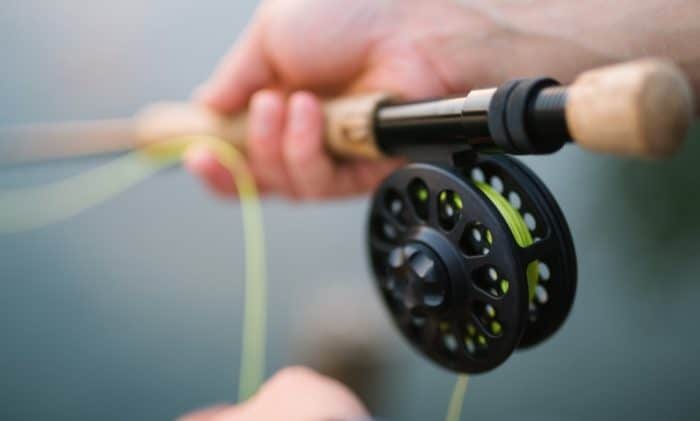