Most schoolchildren learn the tale of Christopher Columbus and his historic voyage across the ocean. The story has evolved over time to take a more realistic and practical view of the trip. Gone are they days when people thought Columbus thought the world was flat. But there’s one part of the story that not enough people pay attention to and that’s the ships themselves. Just how did Columbus make the journey that only a handful of Vikings had ever made before?

When Columbus Sailed for the Americas

It was August of 1492 when Columbus set sail. He took three ships and a crew of 86 sailors. The voyage was funded by the crown but it still must have seemed daunting at best to a crew who had never heard of anyone doing what they were about to do. 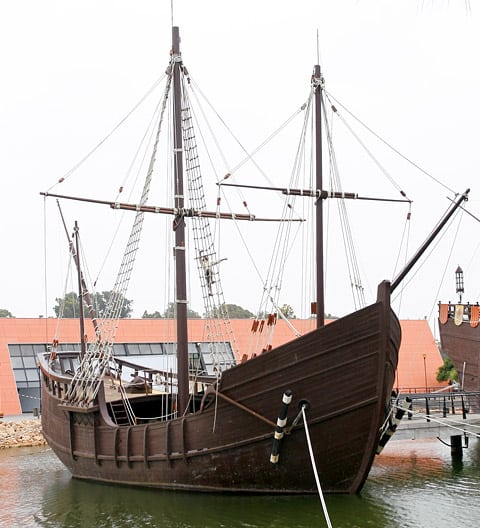 Keep in mind, the popular story many people hear was that either Columbus thought the world was flat or that he thought he found China. Neither of these are true. The reason Columbus headed West was because everyone knew the world was round. The problem was he thought it was a lot smaller than it truly is and that it would be a shortcut to China and India. He realized right away that they hadn’t found the Orient. They found a new land that no one had expected to be there.

The Story of Christopher Columbus’ Ships 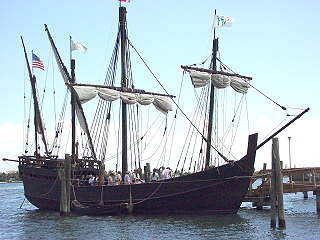 Columbus set sail with three vessels. They were la Santa Clara (Niña), la Pinta and la Santa Gallega (Santa Maria). These were not the mighty seafaring vessels some might have expected them to be. The Nina and the Pinta were both very small. The Pinta had a deck length of only 56 feet.  That’s like a modern yacht. The Nina clocked in at about 50 feet of deck length. The Santa Maria’s deck was around 58 feet and was the largest of the three, meant for carrying cargo. By no means were these large at all. Bow to stern they were at most 70 feet.

The flagship Santa Maria was a carrack that displaced about 100 tons. It had a single deck and three masts. The Nina and the Pinta were known as caravel vessels. Each ship carried supplies for their crews. Food, animals, water and so on. Sleeping quarters were not included, the crew would have slept on the deck.

None of the three ships were ever explicitly intended for exploration. Each was likely a second hand merchant ship, the best that could be obtained at the time to be fast enough and reliable enough to do the job.

The smaller caravels were very popular in Columbus’ day, the sports cars of the sea. Sleek and fast, they were skilling at sailing upwind. They made use of lateen sails which greatly helped their performance. A lateen sail is basically a triangular sail set at a 45 degree angle to the deck.

Both of the caravels were lightweight and rode high in the water. Part of the reason was, of course, that they were so light on crew as well. There were 20 men on the Nina and 26 on the Pinta.

Santa Gallega or La Gallega was the name of the Santa Maria before Columbus’s voyage. Columbus never actually

recorded the name of the Santa Maria in his writing, only the names of the other two vessels. It’s believed by some that he obtained the Gallega and changed the name himself. Some think the Gallega, which means Galician, indicates the ship was built in Galicia in Spain.

As for the Santa Clara, that was the true name of the Nina. Saint Clare of Assisi, also known as Santa Clara, was the patron saint of good weather, among many other things. The Nina was a nickname, and it was not uncommon for Spanish vessels to follow this system. One formal name, in particular that of a saint, and a more common name that was more in line with the crews vernacular.

What We Know Today 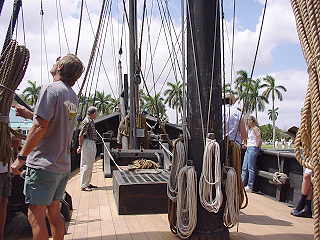 We don’t have the ships to look at any longer, just similar examples. None of them survived. Most people believe the vessels had three masts but it’s possible the Nina had four masts. This includes a small counter-mizzen. We know that the Nina was also refitted with square sails in the Canary Islands. Based on similar vessels we do have descriptions of, and descriptions the crews gave, some replicas have been produced.

The vessels were much different than anything you’d find today. The layout, design and function was unusual by our standards. For instance, few if any crew members were able to read or write. That meant keeping a log of what happened on a given shift was all but impossible. Instead, the crew used a peg board system to indicate things like wind direction, estimated speed, and bearing.

Piloting the ship was unusual as well. From the tiller, you would be unable to see where you were going. As such, another crew member needed to be positioned at the bow or in the crow’s nest as a lookout. They would relay messages to the one operating the tiller if any course corrections were needed.

A watch shift would last for four hours. An hour glass was used to mark the time. Another crew member, the youngest on board, would be tasked with watching the glass. He’d call it out when it was done, and then turn the glass to start it again.

A new version of the Nina was used in the movie 1492 back in the year 1991. Since the end of the movie it’s been used as a museum and 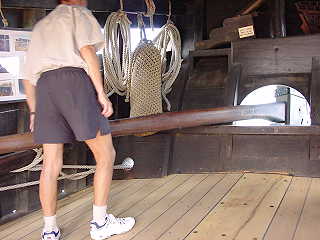 actually sails to different ports around North America. The replica of the Pinta also travelled with it. A second replica exists in Spain and their used to be a replica in Corpus Christi thank sank during Hurricane Harvey in 2017. Aside from that, there’s also a fish restaurant in San Francisco modelled after the Nina.

There have been more models made of the Santa Maria than the other ships. Again, no accurate figures exist to determine the exact dimensions of the original, however. That means every replica is a “best guess” or artistic interpretation of what the historic vessel looked like.

Back in 1892, the Spanish government commissioned a replica for the 400th anniversary of the voyage. Columbus, Ohio built their own for the 500th anniversary in 1992. This was declared by historians to be an extremely accurate replica. There was even one built in Canada to be used in the West Edmonton Mall back in the 1980s. 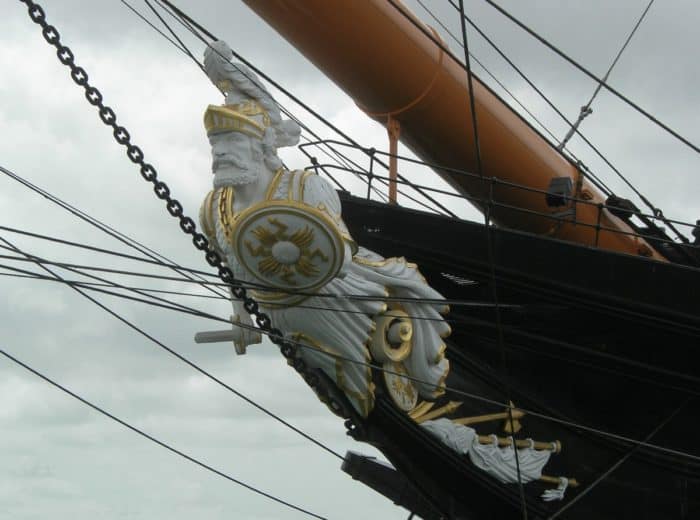 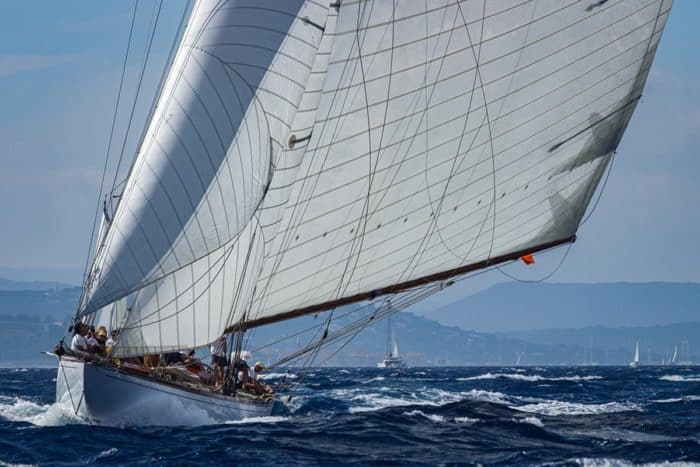 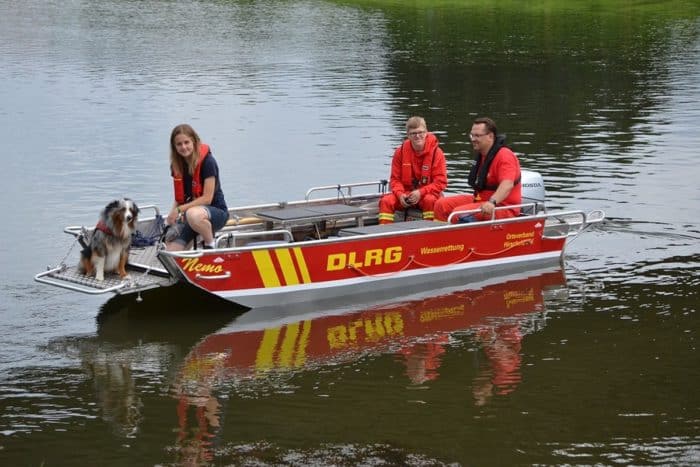