by Ian Fortey Updated on April 21, 2021. In nauticalknowhow

Regulatory markers are used to advise you of situations, dangers, or directions. They may indicate shoals, swim areas, speed zones, etc. They can be easily identified by the orange bands on the top and bottom of each buoy.

On the water, you will find these markers posted on the sides of buoys to aid in navigation. Also known as non-lateral markers these are able to convey a wide range of information. It’s important to understand what the symbols mean, however. That way you can tell a boat exclusion zone markers from obstruction markers. Or from markers used to denote swimming areas and so on.

There are several kinds of regulatory markers you should know about. 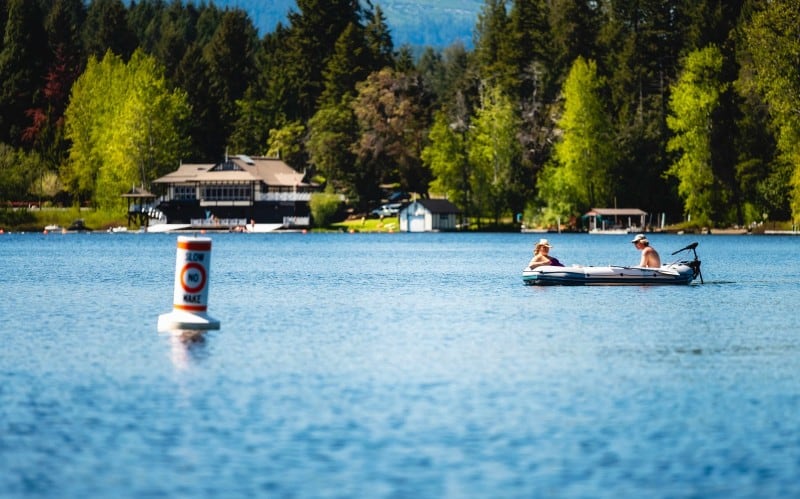 Informational markers feature orange squares. They may also be called information buoys. As the name suggests, these offer information. That can include things like distances or directions. It may even just tell you where you are.

Information: For displaying information such as directions, distances, locations, etc.

These regulatory markers are used to inform you about rules and regulations. They cover the specific area where the marker is located.. For instance, a control marker may read “slow no wake” or “slow 5 mph.” This is identified by the orange circle.

Whatever restrictions are listed must be followed. Where that means a wash restriction speed limit, or other rule.

Controlled Area : Type of control is indicated in the circle, such as slow, no wake, anchoring, etc. These are called control buoys.

These regulatory markers feature an orange diamond. That symbol indicates you need to be cautious. The marker will likely also indicate the nature of the hazard. For instance it may be warning you of shoals or rocks. Use the information provided to avoid the hazard indicated.

Danger : The nature of danger may be indicated inside the diamond shape, such as rock, wreck, shoal, dam, etc. This is located on what is called a hazard buoy or a danger buoy.

These regulatory markers feature an orange diamond with a cross inside. Keep-out markers indicate that an area should be avoided. That means anything from a swimming area to an area with endangered wildlife. There may be other reasons for this regulatory marker as well. Avoid these areas and do not cross the boundaries.

Boat Exclusion Area: Explanation may be placed outside the crossed diamond shape, such as dam, rapids, swim area, etc. This is located on what is called a keep out buoy or an exclusion buoy.

Other Types of Markers 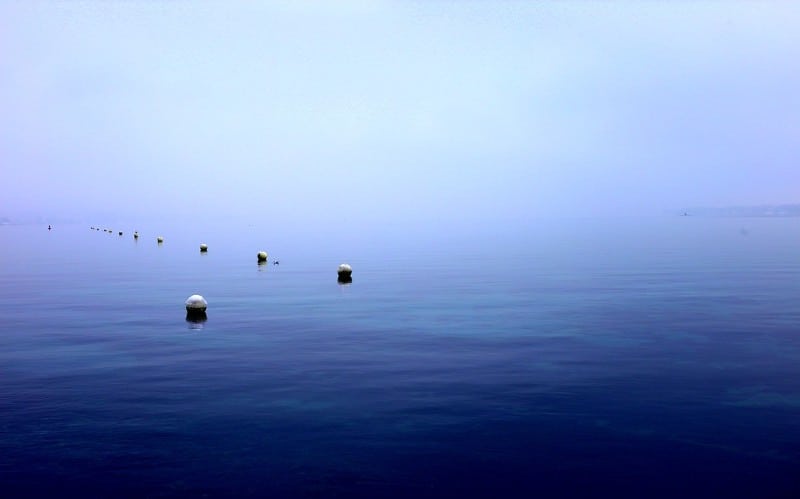 There are other non-lateral markers at sea that you should be aware of. These also provide information for you as a boater. It can be in conjunction with these other regulatory markers or not.

A swimming buoy is an all-white marker. Sometimes these will also have lights on them. A yellow light will flash every four second. As the name suggests a swim marker marks a designated swimming area. These are often small and linked together by buoyant ropes. They are used to rope off an area often the size and shape of a swimming pool in open water.

Caution should be taken near swim markers. There may be swimmers inside the designated area, but also outside. While many markers and buoys are charted, swim markers often are not. For that reason, as a boater you need to be extra attentive any time you are close to busy areas near shore.

Safe water markers are identified by their red and white vertical stripes. Its presence marks the end of a channel. When you see one it means that open, safe water is ahead. You should be able to pass a safe water marker on either side.

Unlike any other marker, a mooring marker has a physical purpose. A boat can actually tie itself to one of these. You may therefore see a mooring marker with a boat tied to it at sea. These markers are while with a blue horizontal band on them.

This marker is yellow in color. It will feature a black anchor symbol on it. An anchorage buoy may have a light on it but not necessarily. If it does have a light, it will be a yellow light that flashes once every four seconds.

An anchorage buoy is used to mark the outer age of an anchorage area. Your charts will be able to tell you water depths beyond these areas.

These markers are oriented to point out dangers. It is based on the four cardinal directions. That means danger to the north, south, east or west. These buoys are yellow with the directions indicated on the top section in black.

North Buoy: The top, black portion of this buoy features two arrows on top of each other pointed up. The bottom half is painted yellow. The direction indicates that safe water is located north of the buoy.

South Buoy: The top, yellow portion of this buoy features two black arrows on top of each other pointed down. The bottom half is black. The direction indicates that safe water is located south of the buoy.

East Buoy: This is black on top and on the bottom. There is a band of yellow in the middle. The top features two black arrows on top of each other. The top arrow points up and the bottom arrow points down. The direction indicates that safe water is located east of the buoy.

West Buoy: This is yellow on top and on the bottom. There is a band of black in the middle. The top features to black arrows on top of each other with their points touching. The direction indicates that safe water is located west of the buoy. 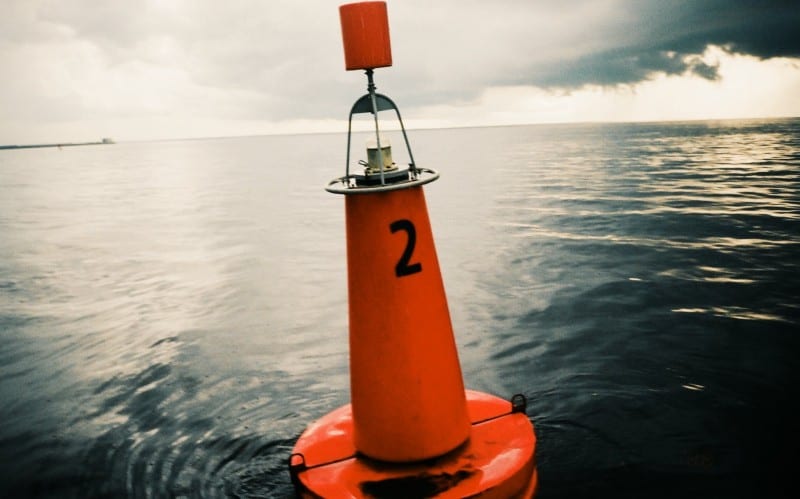 All of these markers we have been looking at are what is called non-lateral markers. Obviously that begs the question of what exactly a lateral marker is and how it relates.

Lateral means to the side. Lateral buoys are buoys that are always used to mark the two sides of a channel. Not-lateral markers and buoys can be found anywhere in the water.

Green buoys are known as cans and they are cylinder shaped. Red buoys are cone shaped and are called nun buoys. Both kinds are numbers. Green cans will have odd numbers. Red nuns will have even numbers. As you head upstream, the numbers will increase.

A bifurcartion buoy will be both red and green. This is to indicate where a channel splits into two branches.