by Chris Riley Updated on October 15, 2022. In nauticalknowhow

Over the years, numerous laws have been put in place with an eye towards environmental protection. A big portion of that means protecting the oceans. The oceans added $307 billion to the U.S. GDP and supported 3.3 million jobs in 2017. Much of this comes from tourism and fishing. It’s vital that we do what we can to protect the oceans as a result. With that in mind, let’s take a look at some of the laws and how they work.

Many might think that environmental regulations to protect the waters from pollution were enacted in recent years. In actuality the “Refuse Act of 1899” was designed to prohibit throwing, discharging or depositing any refuse matter of any kind (including trash, garbage, oil and other liquid pollutants) into the waters of the United States.

The Federal Water Pollution Control Act prohibits the discharge of oil or hazardous substances which may be harmful into U.S. navigable water. Vessels 26 feet in length and over must display a placard at least 5 by 8 inches, made of durable material, fixed in a conspicuous place in the machinery spaces, or at the bilge pump control station, stating the following.

Regulations issued under the Federal Water Pollution Control Act require all vessels with propulsion machinery to have a capacity to retain oily mixtures on board. A fixed or portable means to discharge oily waste to a reception facility is required. A bucket or bailer is suitable as a portable means of discharging oily waste on recreational vessels. No person may intentionally drain oil or oily waste from any source into the bilge of any vessel.

The U.S. Coast Guard regulations prohibit dumping of plastic refuse, and garbage mixed with plastic, into any waters. These restrictions apply to all U.S. vessels where ever they operate (except waters under the exclusive jurisdiction of a State), and any foreign vessels operating in U.S. waters out to and including the Exclusive Economic Zone (200 miles).

What is dunnage, etc.?

Do not dispose of plastic in any waters. Learn and conform to the regulations regarding disposal of other garbage. For instance, it is illegal within three nautical miles to operate a garbage disposal in a galley sink if it discharges that garbage – even ground up garbage. To make it easier to comply, you might want to separate garbage according to the disposal limitations.

State and local regulations may further restrict the disposal of garbage. Make sure you know the regulations covering the waters upon which you will be boating.

Boats 26 feet in length and over must display a Save Our Seas Placard which outlines the rules of dumping waste offshore. These placards may be purchased from local marinas, boat dealers, and marine equipment suppliers.

U.S. recreational boats 40 feet or more in length and equipped with a galley and berthing are required to carry a Waste Management Plan if the vessel operates, or is certified to operate, beyond 3 nautical miles from shore. (For more optional information on Waste Management.)

Recreational boats are not required to be equipped with a toilet. However, the “Clean Water Act” of 1972 (amended 1987) requires that if a toilet is installed, it must be equipped with an operable Marine Sanitation Device (MSD) that is certified by the Coast Guard. Installed toilets that are not equipped with an MSD, and that discharge raw sewage directly over the side, are illegal.

Portable toilets or “porta-potties” are not considered installed toilets and are not subject to the MSD regulations. But they are subject to disposal regulations that prohibit the disposal of raw sewage within territorial waters (3 mile limit), the Great Lakes, or navigable rivers.

This symbol is used to show boaters where onshore pump out services are located. You will need to locate a marina displaying this symbol if you use a portable toilet or Type III MSD holding tank on your boat.

A boat can be equipped with any type of MSD permitted under the regulations. However, whenever a vessel equipped with a Type I or Type II MSD (these types discharge treated sewage) is operating in an area of water that has been declared a No Discharge Zone, the MSD cannot be used and must be secured to prevent discharge. No Discharge Zones are areas of water that require greater environmental protection and where even the discharge of treated sewage could be harmful. When operating in a No Discharge Zone, a Type I or Type II MSD must be secured in some way to prevent discharge. Closing the seacock and padlocking, using a non-releasable wire-tie, or removing the seacock handle would be sufficient. Locking the door to the head with a padlock or a door handle key lock is another acceptable method of securing the MSD while in a No Discharge Zone.

Generally, all Inland waters, freshwater lakes (and similar freshwater impoundments or reservoirs that have no navigable connections with other bodies of water), and rivers not capable of interstate vessel traffic, are by definition considered No Discharge Zones and discharge of human waste is prohibited..

In addition, States may (with the specific approval of the U.S. Environmental Protection Agency) establish No Discharge Zones in other waters within the State. Currently, the following States have established such EPA-approved No Discharge Zones:

The above list may not be all-inclusive as others States are either planning or have received approved no discharge zones. Boaters should check with their State Boating Law authority for more specific information on the location and limits of No Discharge Zones.

It is illegal to discharge raw sewage from a vessel in territorial waters (within the 3 mile limit), the Great Lakes, and navigable rivers. However, a valve may be installed on any MSD to provide for the direct discharge of raw sewage when the vessel is outside U.S. territorial waters. The valve must be secured in a closed position while operating in U.S. waters. As described under NO DISCHARGE ZONES, use of a padlock, nonreleasable wire-tie, or the removal of the valve handle would be considered adequate securing of the device. The method chosen must be one that presents a physical barrier to the use of the valve.

NOTE: The boundaries of U.S. territorial waters are marked on some nautical charts. Changes to the boundaries are published in Coast Guard Local Notices to Mariners.

If you observe any boat not complying with these regulations regarding water pollution, report it to the nearest Coast Guard Marine Safety Office (MSO). To locate the MSO near you, call the toll free Coast Guard Hotline — 1-800-368 5647.

Whether you realize it or not we come into contact with hazardous waste on almost a daily basis. Take out all the cleaning and maintenance products on your boat and read the instructions on the back. These products might include cleaners, paints, solvents, varnishes, fuel and antifreeze. You might be surprised that the labels strongly caution on the uses of the materials and the methods of disposal. Most however just describe the method of disposal as “according to local and state laws”. Problem is the average boater doesn’t know where to find the disposal rules. You should first contact your local public works department or you can go to http://www.earth911.org for disposal information.

You can lessen the impact that you place on the environment by substituting biodegradable products such as the following:

Aquatic nuisance species (ANS) are non-indigenous species that threaten the diversity or abundance of native aquatic species. One such ANS is the Zebra mussel. Great Lakes water users spend tens of millions of dollars on zebra mussel control every year. Zebra mussel infestations cause pronounced ecological changes in the Great Lakes and major rivers of the central United States.

Environmental and economic problems caused by the dense growth of these weeds include impairment of water-based recreation, navigation, flood control, water quality and fish and wildlife habitat.

Boaters should be conscientious when pulling their boats from recreational waters. You should inspect the boat and trailer, while still in the ramp area, and remove any suspected ANS and mud in order to eliminate the spread to other waters that may be visited.

Please consult with your State marine patrol and local marinas to identify non-indigenous species in your area.

For more information on Impacts of Aquatic Non-indigenous Species, click on this link.: http://www.protectyourwaters.net/impacts.php

Other Laws Regarding Ocean Pollution 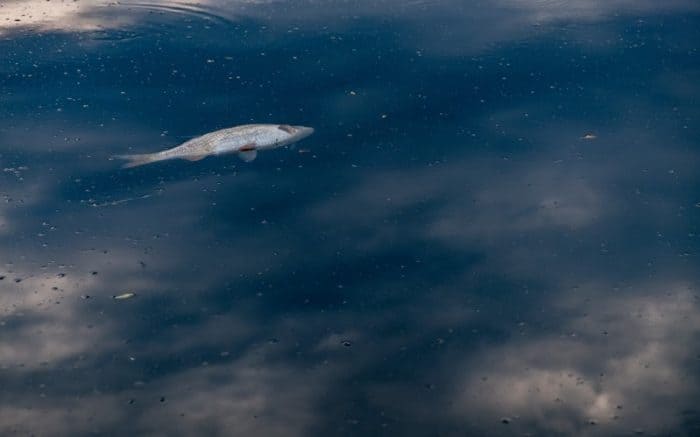 In addition to these regulations, Congress has enacted several laws that govern how we deal with pollution at sea on a larger scale

Congress passed this act, known as the MPRSA, back in 1972. Sometimes it’s referred to as the Ocean Dumping Act. This is a separate piece of legislation in addition to The Federal Water Pollution Control Act. The purpose of this act is to “regulate the dumping of all materials which would adversely affect human health, welfare or amenities, or the marine environment, ecological systems or economic potentialities.”

This act is specifically focused on large scale and extremely harmful dumping. It prohibits the dumping of toxic or radioactive wastes. It also deals with medical waste, heavy metals, sewage and so on.

Also called CZMA, this dates back to 1972 as well. The purpose of this act is to allow state and federal agencies to coordinate efforts to preserve coastal areas. This includes pollution management solutions. The Coastal Nonpoint Pollution Control Program was established in CZMA to do this. The NOAA and the EPA jointly manage this. The point of this program is to prevent or limit polluted runoff from the land into coastal waters.

Also called NEPA, this act was established to get all branches of the government on the same page regarding environmental protections. Any action undertaken by the government is supposed to be made with this act in mind. According to the act, NEPA requirements are invoked when airports, buildings, military complexes, highways, parkland purchases, and other federal activities are proposed. An assessment must be made along with an environmental impact survey. Since construction can lead to pollution and run off, all of this must be accounted for and prevented or lessened where possible.

This act deals with air pollution caused by large vessels at sea such as container ships and tankers, Specifically it seeks to limit air pollution and forces vessels to limit emissions.

What is a Yacht Captain Salary?

Jerry Jones Yacht: Everything You Need To Know

What is a Yacht?