by Ian Fortey Updated on March 28, 2021. In nauticalknowhow

On a river there can be many dangers. Some are easier to pick out than others. One that many people overlook are low-head dams. In fact, ask the average person what a low-head dam is and they will have no idea.

Let’s take a look at what exactly a low-head dam is. Also how recirculating currents are created by them. And finally how you can see safely navigate a river near them.

What is a Low-Head Dam?

Low-head dams are also called weirs. Like any dam they are meant to alter the flow of water in a river. But unlike something like a large hydroelectric one, a low-head dam is much smaller. Often they look like concrete barriers that span a river from shoreline to shoreline. They are designed to raise the water level upstream in a river.

A low-head dam may exist for any number of reasons. They can assist in the generation of hydroelectricity. They can also assist navigation for boats. Despite the practical purposes of some low-head dams, there are also dangers.

Why is a Low-Head Dam Dangerous? 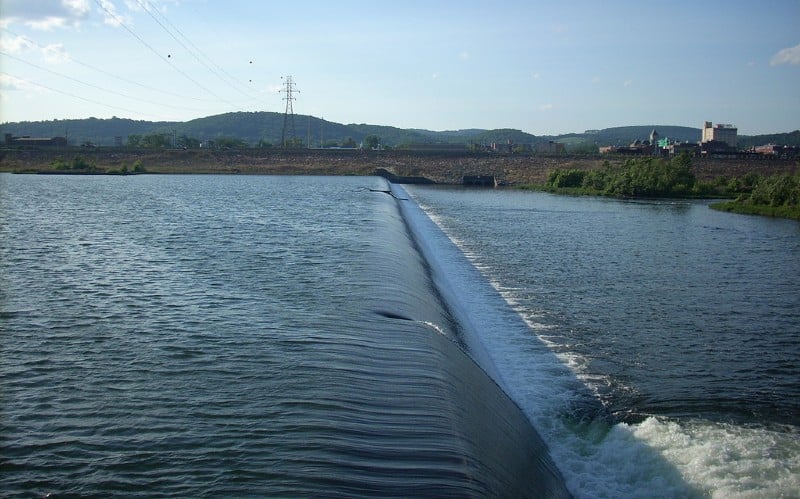 There are hundreds if not thousands of low-head dams across America. Many of these dams date back over 100 years. They were often designed to assist power generation in factories. These dams directed the flow of water to turn wheels, for instance. That in turn could allow a mill or other business to run.

As technology evolved, low-head dams became less necessary. While larger dams are maintained, low-head dams are often ignored. Because of their small size, they can easily fall into disrepair. A failing dam is not going to flood a valley or town like a hydropower dam or other types.

Unfortunately these are safety hazards. They cause what is called a subcritical flow upstream. That means before the dam the water is slow and deep along the face. After the drop on the back side it becomes supercritical. That means it greatly picks up speed.

When the fast current in rivers hits another slow current it can be dangerous. A recirculating current is formed. Something called a backwash or hydraulic jump is present. Water rushes over the top. But then other water rushes back to fill the depression it creates after the drop. That area is a safety hazard for swimmers or boaters. It is turbulent and quick moving. It rotates and can easily pull small boats or swimmers under if the current is fast enough. The backwash/hydraulic jump makes unpredictable currents. This is where most victims lose their lives.

Additionally, the upstream side presents a risk. The water passing it is accelerating. Depending on how the dam was formed, a person or boat could be pinned against the upstream face of the waterway. These days, with the number of damaged and failing dams, this risk is even more prevalent.

Low-head dams are often clogged as well. Debris, branches, and other objects can collect on the structure. If you get trapped near one, you and your boat can be damaged. Many times stronger, heavier debris will be trapped below the surface. This could include steel and rock.

Just How Dangerous is a Low-Head Dam? 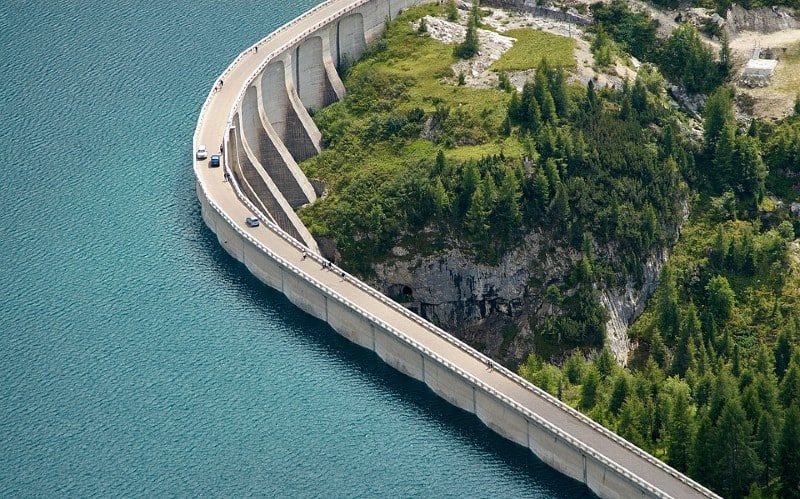 These are serious hazard locations as environmental engineer Bruce Tschantz points out. He describes a low-head dam as a drowning machine in rivers and streams. They have caused hundreds of deaths. More than any other kind of dam.

How to Stay Safe

Ideally you will see signage near one. They should be marked to help people avoid danger. If you are in a boat, like a kayak, it is best to portage around the dam. Navigation is too risky. Make sure you have a flotation device.

If the area is not clearly marked the structures may not be in a state of good repair. If it is neglected the risks could be many. And also unpredictable. If you discover one with no warning signs or rules, be wary. It’s best to avoid this area altogether just to be safe.

The flow conditions near a low-head dam are too unpredictable. What may be trapped below the surface will be wholly unknown. For those reasons, any time you swim, fish or boat near one you are at risk. Choose a spot further downstream or upstream to be safe.