The Largest Cruise Ship in the World

The biggest cruise ship in the world changed in the year 2022 when Royal Caribbean unveiled their Wonder of the Seas, one of their Oasis-class line of cruise ships of which there are five with a sixth one in construction. It measures a stunning 1,188 feet in length. If you Google it, the answer you’ll get is a slightly outdated Allure of the Seas, a sister ship of the Wonder of the Seas that is about the same length but has a lower gross tonnage. 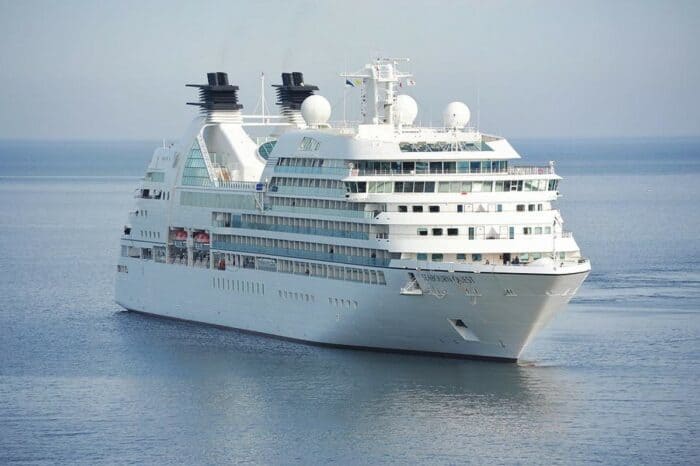 The Wonder of the Seas clocks in with a gross tonnage of 236,857. This is significantly higher than a former title holder Allure of the Seas which had a gross tonnage of 225,282. That also includes 18 decks making this essentially a condominium on the seas. That said, the number of features that are available on Wonder of the Seas are remarkable. By the numbers, here’s what goes into making the largest cruise ship in the world.

As mentioned, the Wonder of the Seas is 1,188 feet. It has a sister ship called the Harmony of the Seas that is actually 0.1 feet longer overall as a result of the way the steel used in the construction of a ship this large can expand during the production process. The gross tonnage of that vessel was 226,963 which put it ahead of the Allure but still behind the Wonder.

The Wonder of the Seas is also 215 feet or 65 meters wide making it wide enough to park more than five city buses end to end across the deck. The vessel also has a draft of 30 feet which is around 10 times your average sailboat’s draft. The height of the deck is about 236 feet above the waterline although this is based on data about the Oasis-class cruise ships in general and not specifically the Wonder of the Seas.

The vessel has a displacement of around 100,000 tons. This is roughly the same as a Nimitz-class aircraft carrier in the US military.

Of the 18 decks on the vessel, 16 of them are meant to accommodate passengers. They can be navigated by 24 different elevators. 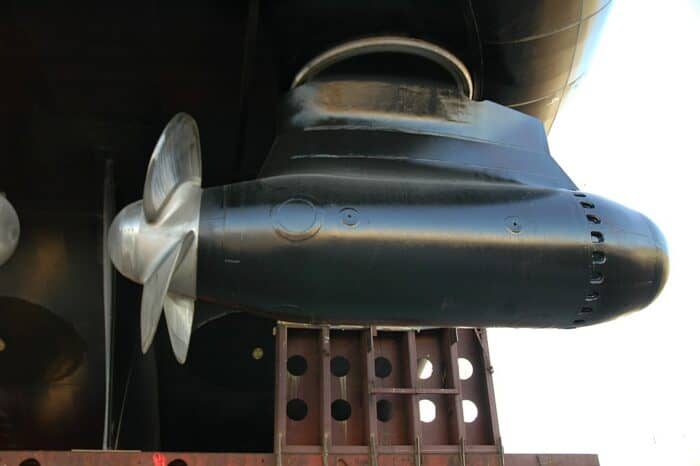 The Wonder of the Seas features 4 bow thrusters. Each of these engines produce an impressive 7,500 horsepower. There are also three 20,000 kw azipod main engines. Each of these massive engines rotates a 20-foot propeller. That gives the ship a cruising speed of 22 knots.

If even one 16 cylinder engine runs for 24 hours straight, that’s 33,048 gallons of fuel used per day for just that one single engine.

In terms of capacity, Oasis-class vessels have been lauded for their fuel efficiency. Previous versions of the vessels had a fuel capacity in the neighborhood of 5,000 cubic meters which works out to 1,320,860 US gallons of fuel on board. It’s possible the Wonder of the Seas carries much more fuel than that but details on the vessel’s fuel capacity are not easy to find.

As you can imagine, building the world’s biggest cruise ship is not a cheap endeavor. The vessel is reported to have cost $1.35 billion USD to produce.

For those who wish to stay on board, costs are about as high as you might expect. Costs can start around $125 per person per night for 7 day cruises. But you can also invest in something like the Royal Loft Suite which is a two-floor suite that costs $20,000 per person per week.

What Do Royal Caribbean Cruise Ships Do With All That Space? 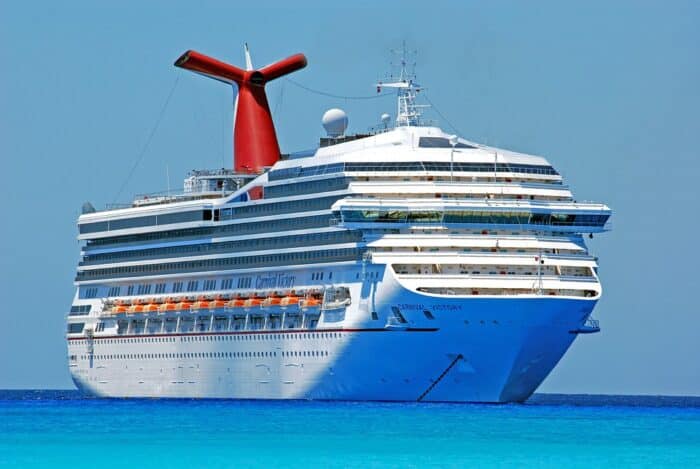 So why exactly is an Oasis-class ship so big? What is all that Wonder of the Seas space for? On a normal fishing boat or cruising vessel you might be happy to have space for things like a live well, maybe a berth below deck, room to stow fishing rods and things like that. Obviously a cruise ship offers a lot more and the biggest cruise ship in the world offers things you probably would never expect. 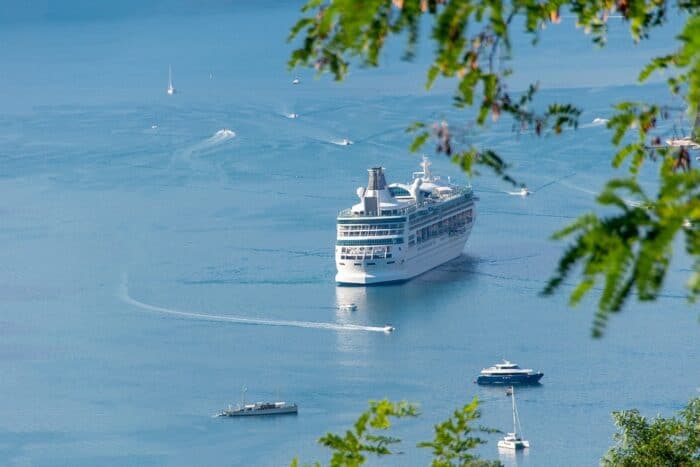 Royal Caribbean is currently building a sixth Oasis-class vessel called the Utopia of the Seas that is expected to hit the water in 2024. This vessel is set to be the same length as Royal Caribbean’s Wonder of the Seas but it will have fewer cabins due to the fact it will run on liquid natural gas and extra space is required to accommodate the tanks. This will be the largest LNG powered cruise ship in the world when it’s done. We won’t know if the gross tonnage is greater than the Wonder of the Seas thereby making the Utopia larger until production is finished.

Oasis-class ships are all made by Royal Caribbean International and have dominated the seas in the cruise industry for some years now. But they are not the only cruise ships at sea and the competitors do offer some rivals to the crown.  The world’s largest cruise ships from other cruise lines include the following.

Another popular cruise line, the largest ship in the Carnival cruise line fleet is called the MS Iona. This ship features a gross tonnage of 184,089 and measures 1,130 feet in length with a beam of 138 feet. It’s able to handle 5,206 passengers with a crew complement of 1,762. It features 18 decks and runs on liquid natural gas rather than diesel.

The Costa Smeralda is the largest ship that operates for Costa cruises and was launched on its maiden voyage in 2020. The ship has a gross tonnage of 185,010 and measures 1,105 feet in length with a beam just under 138 feet. It has a maximum passenger occupancy of 6,554 though at double occupancy it’s 5,224. It’s also designed for a crew of 1,646.

The largest cruise ship in the Norwegian cruise lines roster is the Norwegian Encore. It has a gross tonnage of 169,116 and comes in at a length of 1,094 feet. There is a passenger capacity of 4,004 at double occupancy.