How to Fold a Pop Up Beach Tent

A pop up beach tent is meant to be a lightweight shelter to help give a bit of shade at the beach. Unlike a tent for camping, this one isn’t supposed to stand up to the elements long term and it’s not really meant for sleeping. You just set it up on the beach and enjoy your day.

One of the main differences between this kind of tent and a tent meant for camping is set up and take down. A regular tent involves poles and anchors and so on. A pop up tent should literally do what the name says – pop up. One person alone can typically and quickly fold or unfold these tents and they’re ready to go. That said, the process can still be a little complicated if you’ve never done it before. Having a friend help couldn’t hurt. Especially if you’re trying to fold it back up to put it away. No doubt we’ve all experienced how much easier it is to get almost anything out of a box or a bag than to put it back in.

Get Your Pop Up Tent Ready 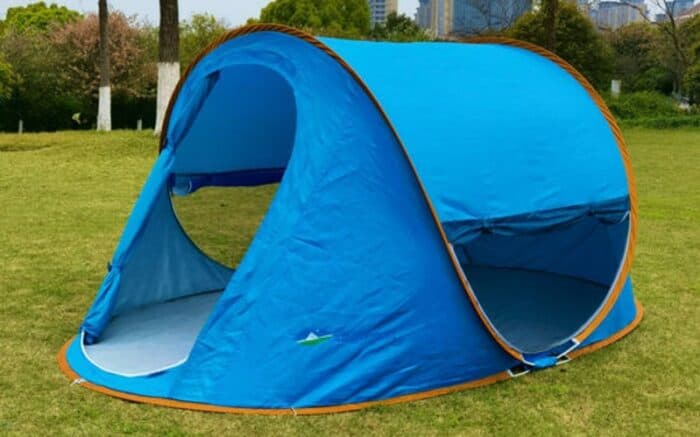 Make sure your tent has been cleaned out of sand, towels or any junk before trying to fold it up. It’s also a really good idea to make sure it’s very dry. You don’t want to fold it up and put it away with any dampness inside . That will lead to mold and mildew and a ruined tent. If necessary, let it sit in the sun to dry off any wet spots, or use towels to dry out the inside.

Most pop up tents work on the same principle so most should fold up again the same way. There are larger fold up tents and we’ll cover them in a moment. But this is pretty standard for a smaller beach tent.

Start in front of your open pop up tent with the doorway facing you. Grab both sides of the entrance, which should have a flexible pole running from one side to the other giving it support.

As you hold both sides of the tent, pull one towards the center and just fold it right down until it’s flat on the ground. Then fold the other side down on top of it. You should have collapsed the tent into an oval shape now.

Fold to a Figure Eight

Now you can put the tent on its side and push down on the middle of it. You may want to use your knees to hold things in place at this point. But as you put pressure on the middle of your oval it’s going to turn into a figure 8 shape. Use your free hand to help it flatten down evenly here.

So you have a figure 8 on the ground, and now all you need to do is fold one of those circles onto the other. This is arguably the most precarious part of the whole process. Because this is a pop up tent, it wants to pop back up. You’ll need to keep a firm grip or else it’ll pop right back into shape and you’ll need to start again.

Time to Use the Carry Bag

Using your knees and both of your hands is often best here to keep it flat and secure. Once you have it flattened down to a circle, you’ll need to keep it that way. Depending on the kind of tent you bought, this could work a couple of ways. Some tents use an elastic band or straps that you can wrap around them at this point to keep it from popping up again. If your tent has those, secure them now.

If you don’t have bands, you may just need to slip the tent into whatever bag or carrying case you have for it. That can be tricky sometimes as you switch from manually holding it in place to easing it into the bag. Take it slow and steady and make sure it’s going in tightly and evenly before you take pressure off and let it go. Once it’s in the bag it should be fine.

How to Fold a Pop Up Beach Tent: Larger Size 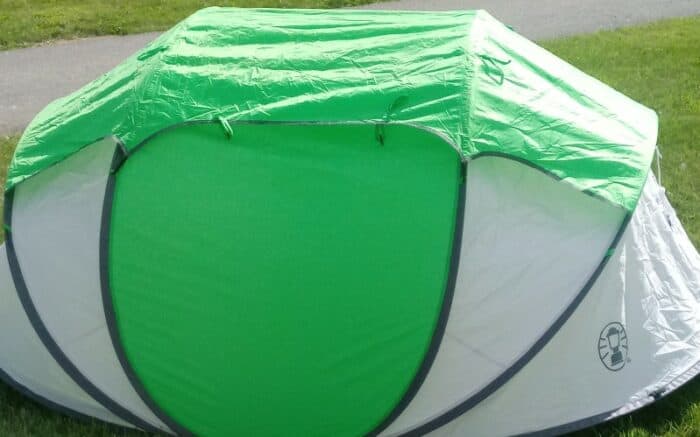 If you have a larger pop up tent, you may need to tweak your approach. Start by cleaning the same as you would your smaller tent.

Instead of standing in front of this tent, you’ll need to take it from the side. The poles across the top of the tent should be noticeable at the front and back of the tent. Grab one in each hand and just bring them together.

You should now notice the other two main poles on the left and right at the bottom of the tent. Fold one up and over the poles you’re already holding but don’t let go of those first ones. It’s sort of like folding up a soft-sided suitcase or briefcase. Then do the same with the last pole. When you’re done you should have folded all four poles together and be holding them all together.

Now it’s time to flip the tent so the opening is face down on the ground. Keep hold of those four poles so it doesn’t pop out again. The shape of the tent should be a half circle at this point with the rounded side held in your hands and the flat edge standing up straight on the backside.

This is the part that most people have the hardest time with. Keep holding the four poles in front with one hand. With your other hand reach to the top, back part of the tent. If you picture your tent like a hard taco shell standing on its side, the open end part where the fillings go is like the part where you’re holding the poles. What you want to grab is the top, base part. Fold that part down and in towards the middle that you are already holding while bringing the whole tent down tot he ground. The soft, billowy parts that make up the sides may look a little messy but when you collapse it to the ground it should be folded into two circles.

Fold one circle over the other until you have just one circle. This will very easily bounce out of your hands and unfold again if you don’t keep pressure on it, so be careful.

Use the bag or carrying case to secure the whole tent, easing it in evenly and carefully so it doesn’t pop out on you again.

Will Any Pop Up Tent Work on a Beach?

These instructions are for the most basic kinds of pop up tents. We’ve included two because there are smaller beach tents and then larger tents that can sometimes be used for camping. Those larger tents are great for the beach as well, just follow the same precautions you would for any tent.

The big things you need to worry about on any beach are sand, water, and wind. Larger tents that aren’t specifically meant for beach use may also be a little less well ventilated, so keep that in mind. If you’re set up in hot sand under the direct sun, things could be a little stuffy and hot, so keep that in mind. It never hurts to use a canopy for shade if no natural shade is available. Just to make sure you don’t have to worry about heat stroke or anything like that.

Lots of people like to keep their kids and pets out of the sun in a pop up tent, so remember to check on that air flow whenever you can.

Do Pop Up Tent Poles Break?

Lots of people have issues folding pop up tents because they’re afraid of causing damage. The instructions I gave you heard require a lot of bending and moving of those flexible tent poles. If you have ever seen someone struggling with a pop up tent, there’s a good chance they were just not being firm enough with the poles. And that does make sense at first, because it can feel like you’re really putting those poles under too much stress as you bend them around. But remember, that’s the whole point of a pop up tent. The poles of a quality tent are flexible and fold down and then pop right up again. Obviously you don’t want to try to fold them or push them past their breaking point. But if you are following the rules for folding up a tent, you should have no reason to worry about breaking the poles. Yes, they can break, but it is pretty rare.

Once you get the hang of folding up a pop up beach tent it becomes a lot easier to do the second time. And even if you’ve done it before, it can be easy to forget because it’s not always intuitive. Worst case scenario, you lose your grip and it pops up again. Just try it again and you’ll have it secure in no time. 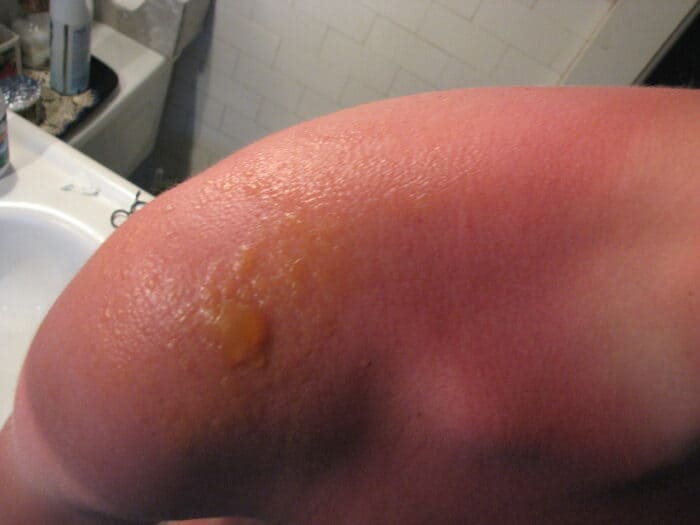 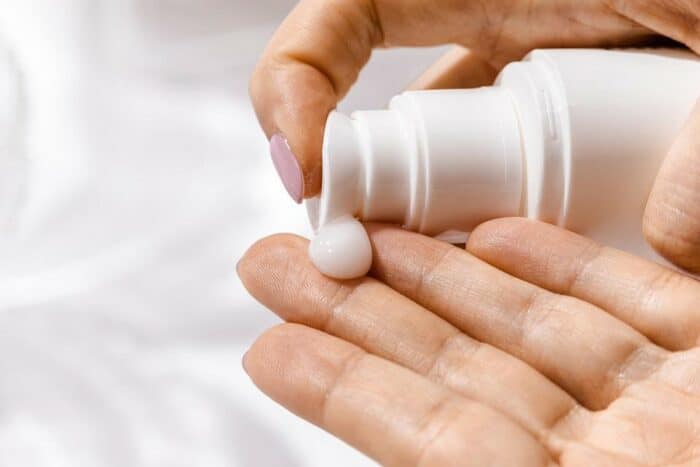 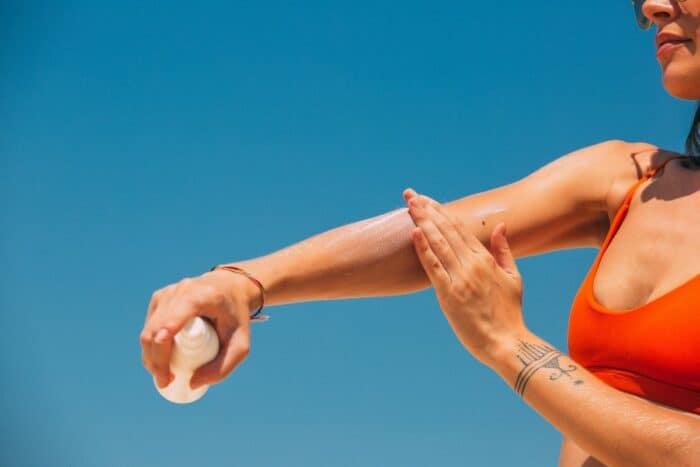 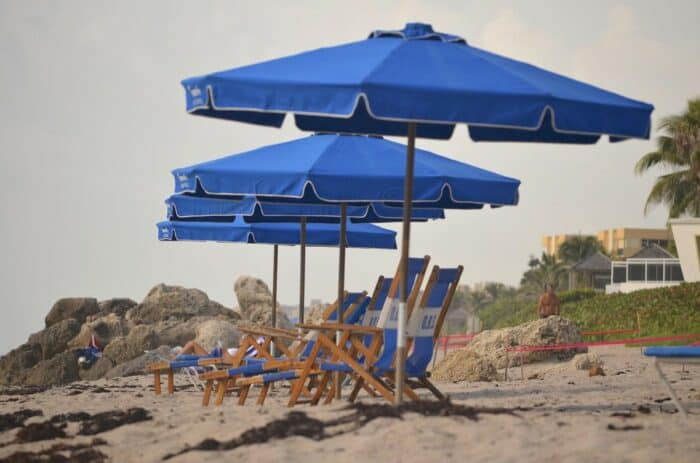