If you are new to fish angling, you might be wondering why people are spending so much money buying different kinds of fishing equipment and gizmos instead of just putting up a sign that says “Gone Fishing” and getting on with it. The reason behind this is simple: these gizmos make fishing that much more fun and successful.

And by the way, that figure you’ve been wondering about is $48 billion; that’s about how much anglers in the U.S spend a year on fishing equipment, transportation, lodging, and gadgets such as the Garmin Striker 4. 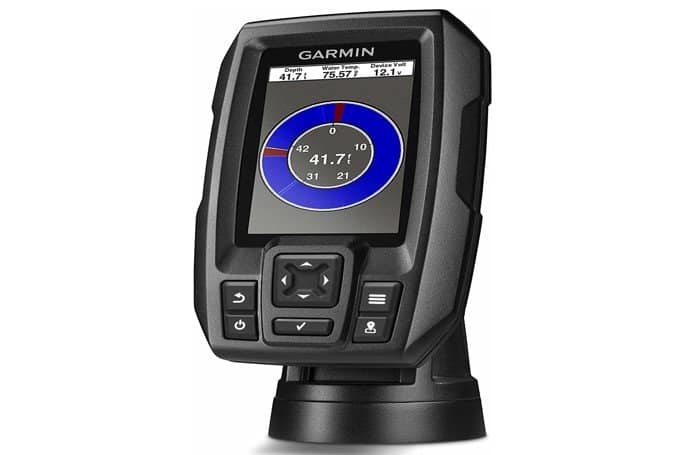 What is Garmin Striker 4 and Why Do You Need it?

There was a time when fishing was something of a gladiator sport. Anglers would go out there with nothing but their wit and grit; they would catch the fish with their bare hands or use sharp objects to spear them right out of the water.

Ancient anglers would travel the seas for days on end to find elusive fish that could end up being too big or too dangerous to catch in the first place. In some cases, they wouldn’t find the fish at all.

Thank goodness those days are good and gone. Nowadays, we have specialized fishing equipment such as fish finders that tell us where the fish are and give us a reading on how deep the waters around us are, and show us what to steer clear of while chasing after the target fish.

Of the hundreds of fish finders in the market today, Garmin Striker 4 happens to be one of the most popular for several good reasons:

It’s manufactured by Garmin International, a company that has spent decades (since 1989) manufacturing high-quality GPS products that help people pursue and enjoy their outdoor passions.

It’s one of the most cost-effective fish finders in the market today.

It’s a rugged, easy to use fish finder designed for beginners and advanced anglers alike.

Simply put, Garmin Striker 4 is a rugged and sturdy GPS fish finder. Designed to be as user-friendly as it gets, Garmin Striker 4 allows you to do more than just find fish and map out the terrain under your boat. Here are some benefits that come with choosing this fish finder over any other entry-level fish finder in the market:

One of the biggest reasons why Garmin Striker 4 stands out in its category is that it comes with a host of features that are akin to fish finders above its class, such as the Garmin Striker 7sv fishfinder.

One of the biggest features is its capability to store up to 5,000-way points. This means that once you find the perfect fishing hole, you don’t have to try and figure out where it was the next time you want to go fishing at the same location.

All you have to do is feed it into your fish finder, save it as a waypoint, and you can easily navigate your way to it whenever you want to do so. 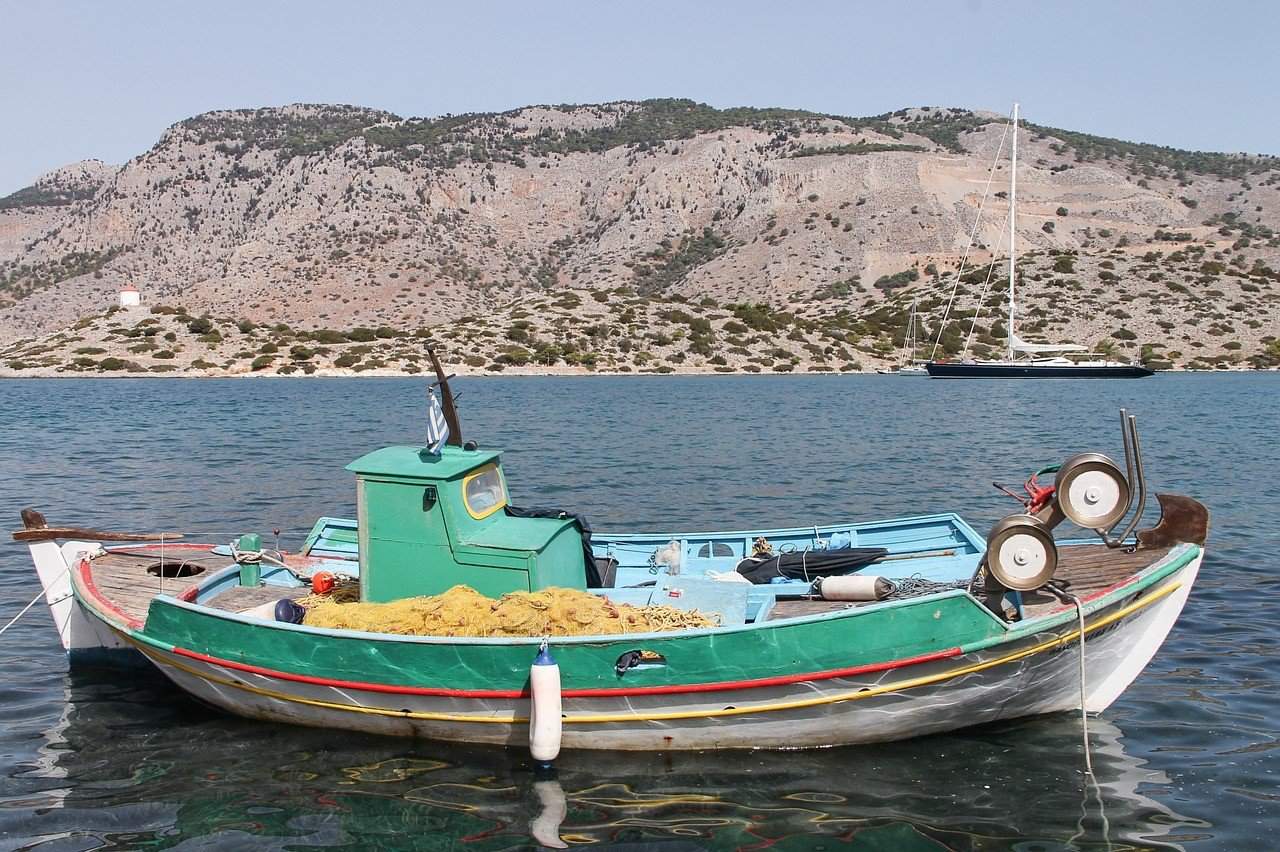 Things to Consider Before Buying a Fish Finder

Before you head out and buy yourself a fish finder, there are some key considerations that you must have in mind. Here are some of the most important factors to consider before buying a fish finder:

The transducer is an essential part of every fish finder. This is the part that sends out and receives sonar waves, allowing the fish finder to map out the waters beneath you. The sonar waves are sent out into the water. They bounce off of the different objects therein and are then picked up by the transducer.

That data goes directly to the central unit from where these signals are processed as images projected to the fish finder screen for you to read and interpret. Different transducers come with different types of mounts, some easier to install than others. This tends to be a sticky subject, and an important consideration before you pull out your card to pay for that fish finder is what kind of transducer does it have and how easy is it to install?

The kind of transducer material you choose will greatly depend on the kind of boat you intend to use and what kind of angler you intend to be. If you are an enthusiast who goes fishing on the odd occasion, you might be perfectly fine with a plastic transom mount compatible with almost every type of boat.

Recreational anglers, who will most likely be using the Garmin Striker 4 fishfinder anyway, will do just fine with transom mounts. They are compatible with almost every type of hull and are quite easy to install.

The greater number of dots or pixels the fish finder has, the clearer the image you will get on your screen. The idea is to go for fish finders that offer at least 240×160 pixels. The higher the screen resolution, the better.

Top Features of the Garmin Striker 4

Garmin Striker 4 fish finder is popular among anglers because it offers amazing features for a considerably affordable price. Here are some of the key features that make it so worth the money:

It comes with a 3.5-inch colored display that offers you 480X320 pixels. While the screen might be smaller than most fishfinder screens, the images are crisp and well-defined. It also has split-screen zoomable features that allow you to clearly see the data collected.

Most fish finders use sonar technology to map out the images underneath your boat. Unlike typical sonar, which sends out one frequency at a time, the CHIRP Technology used in the Garmin Striker 4 sends out multiple frequencies at a go. This ensures that you have clearer images, excellent target separation, and brighter fish arches, making your fishing much easier. Here is a video giving you a quick tutorial on how CHIRP Technology works:

This is one of the features that make the Garmin Striker 4 stand out from among its competitors. It has a couple of modes that go a long way in giving you more accurate readings. The “Traditional Mode” shows the transducer’s depth and the various arches representing the fish, while the “Split frequency mode” is where CHIRP Technology comes into play with multiple frequencies highlighting detailed information inside the water.

Several alternatives would work just as well as Garmin Striker 4 but with a few differences for those who find that they need something a little bit more than what this fish finder offers: 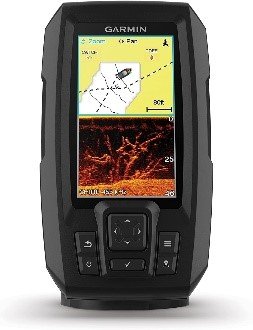 Practically identical to Garmin Striker 4, this Garmin Striker 4cv is just as light, has the same number of pixels (480X320 pixels), and has a water rating of IPX7. The biggest difference is that it doesn’t employ CHIRP Technology and, as such, gives you fewer details.

However, it does come with a built-in flasher, built-in GPS, and it offers enhanced sensitivity and uses ClearVu Technology instead. 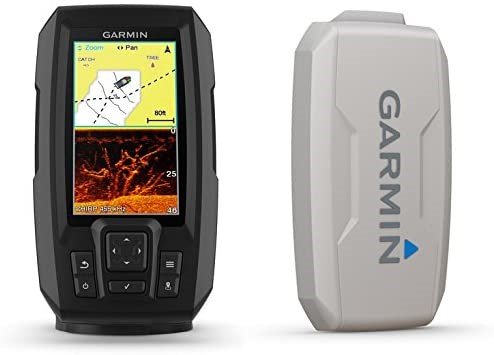 This one is slightly bigger than the Garmin Striker 4. The Garmin Striker Plus 4cv has a 4.3-inch colored display, CHIRP Technology, and Quickdraw Contours, which are clearer. However, one of the biggest differences is that it can store up to 2 million acres of content. 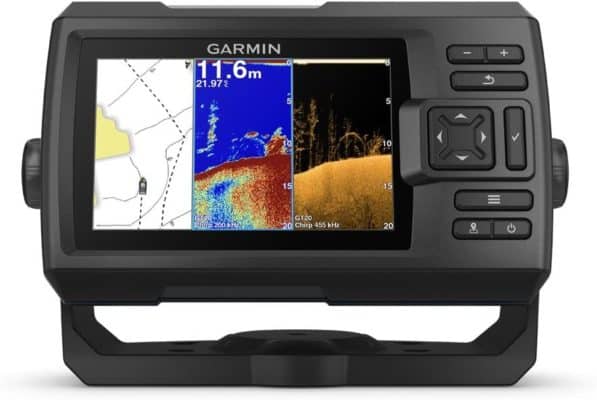 Slightly better than all the rest on this list, the Garmin Striker Plus 5cv has a 5-inch color display, built-in GPS, CHIRP Technology, and weighs just 1 pound, making it the perfect handheld fish finder. Also capable of storing up to 2 million acres of content and equipped with Quickdraw contours, it offers you excellent images and unrivaled sensitivity in the water.

There are several good reasons why every novice angler should consider buying the Garmin Striker 4 fish finder: it’s affordable, easy to use, and offers you excellent display. We haven’t even touched on the different modes and the ruggedness that make it ideal for outdoor use.

Couple all that with the fact that it’s manufactured by a trustworthy brand, and you have a fish finder that will offer you value for money at every turn. 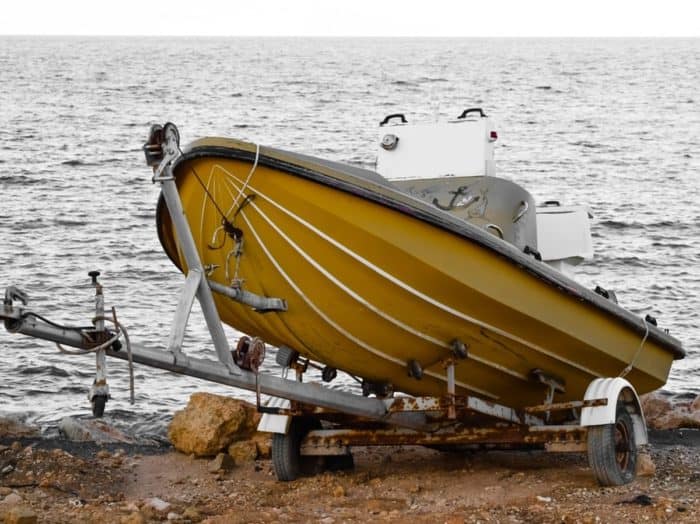 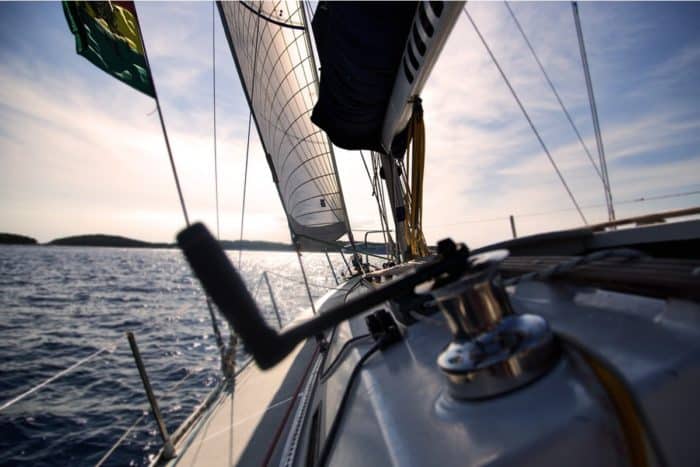