Can Fish Drown in Water?

Drown and suffocate are often used interchangeably when they really have two different meanings. To drown means to die from a lack of oxygen through inhaling water, typically due to being submerged in water. To suffocate means to die from lack of air or being unable to breathe.

While they are similar emergencies that both relate to not having enough air, they are two completely different causes of death. This is why a fish technically can’t drown in water, but they can suffocate.

When we hear the word “oxygen,” we typically think of it in its gas form in the air, but oxygen isn’t limited to just being found in the air. Oxygen is found in water (it’s the O in the chemical compound for water H2O), which is often overlooked because oxygen is not commonly associated with liquids as much as gases.

Regardless, because fish are living organisms, they need oxygen. They just don’t need to get it in the same way we do. Fish get oxygen through water, and they can become sick if the water surrounding them is not oxygenated enough. 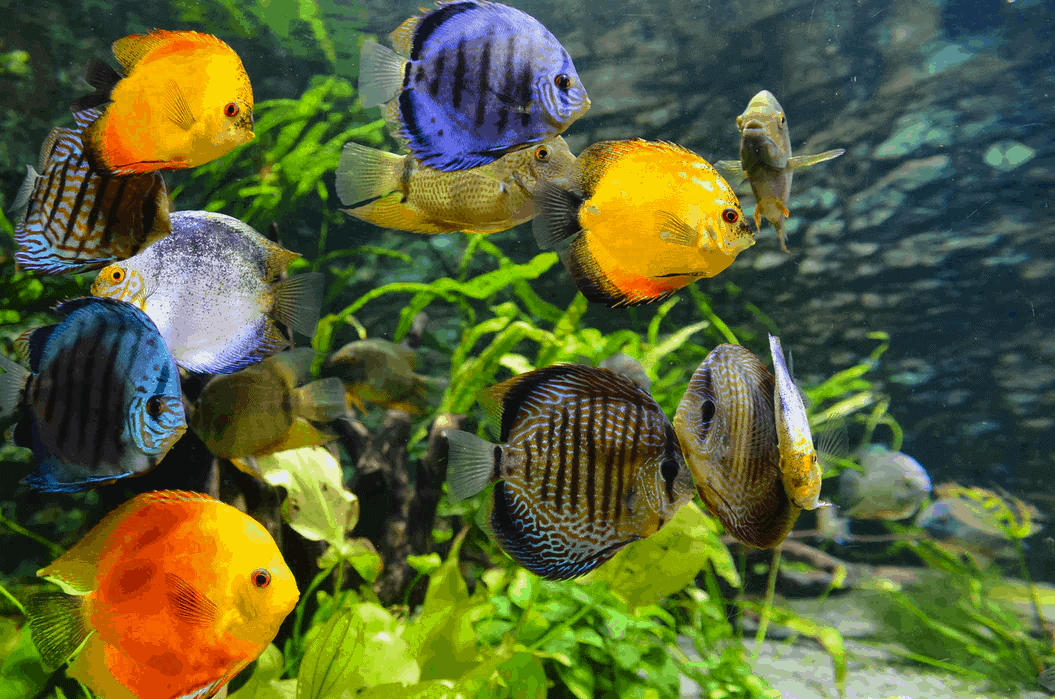 Do Fish Have Lungs?

Fish don’t have lungs the same way we do. Instead, they have gills.

Gills are located on each side of a fish’s head shortly before coming to the first pectoral fin. The set of gills have blood capillaries which act as an oxygen receptor. When the capillaries receive the oxygen in the gills from the water, they absorb the oxygen into the bloodstream and trade it out with the excess carbon dioxide found within the fish.

So, while fish don’t have lungs, they have a respiratory system similar to ours.

What Are Labyrinth Organs?

Labyrinth fish are finned freshwater fish that are in the Perch classification. They are called labyrinth fish because they have a labyrinth lung-type organ that allows them to breathe air.

How Do Fish Breathe and Get Oxygen?

Fish breathe by absorbing oxygen from the water through their gills. If there is not enough water to pass through the gills, the body of the fish (mainly the bloodstream) won’t get the oxygen it needs to survive. This can cause the fish to suffocate even while it is in water.

When catching and releasing a fish that has a full swim bladder, the fish may not be able to return to the depths of water it was in before it was caught. This can ultimately lead to the fish being unable to get enough oxygen through its gills, causing the fish to suffocate even after being put back into the water.

Some fishermen recommend squeezing the air from the air bladder to ensure the fish can return to the depths it was in before, as well as absorb the amount of oxygen it needs to survive.

No, a fish cannot technically drown, but it can die in water due to suffocation. There are many reasons that this can happen.

Gills to a fish are like lungs to a human. We need them if we want to breathe, and damage can make breathing more difficult. A fish can suffocate if it has damaged gills because the gills won’t allow enough oxygen to enter the body and replace the carbon dioxide.

This is related mostly to aquarium fish. If you have many live plants in your aquarium, you may be inadvertently suffocating your fish. Live plants can take up oxygen and reduce the amount of oxygen found in the aquarium, so you’ll need to find ways to add oxygen back into the aquarium to protect the fish.

This is another condition related to aquariums. If you have too many fish in your fish tank, your fish won’t be able to get the adequate amount of oxygen they each need. This can cause your fish to suffocate.

Fish Suffocation and Drowning: Understanding the Difference and How it Happens

Fish need oxygen to survive, and they get their oxygen through the oxygen in the water.

When a fish dies in water due to a lack of oxygen, it is not considered drowning. Drowning occurs when your lungs fill with water and cause you to stop breathing oxygen. A fish needs to absorb water to be able to breathe, and they need that water to have oxygen.

When the water doesn’t have oxygen, they suffocate, just like humans suffocate when we don’t breathe enough oxygen.

So, while a fish can’t die from drowning in water, it can die from suffocating in water due to a lack of oxygen.

How Do Fish Gills and Their Other Organs Work?

The water’s oxygen level must be higher than the oxygen level in the fish’s bloodstream for it to absorb oxygen.

Signs of Low Oxygen in Water

Having an aquarium is a great way to add enjoyment to your home. Low oxygen in the water is often a common issue among many residential aquariums. If you’re afraid your aquarium may have low oxygen, examine your fish for any of the following signs:

These are tell-tale signs that there is low oxygen in the water. Failing to fix this will eventually cause your fish to suffocate. 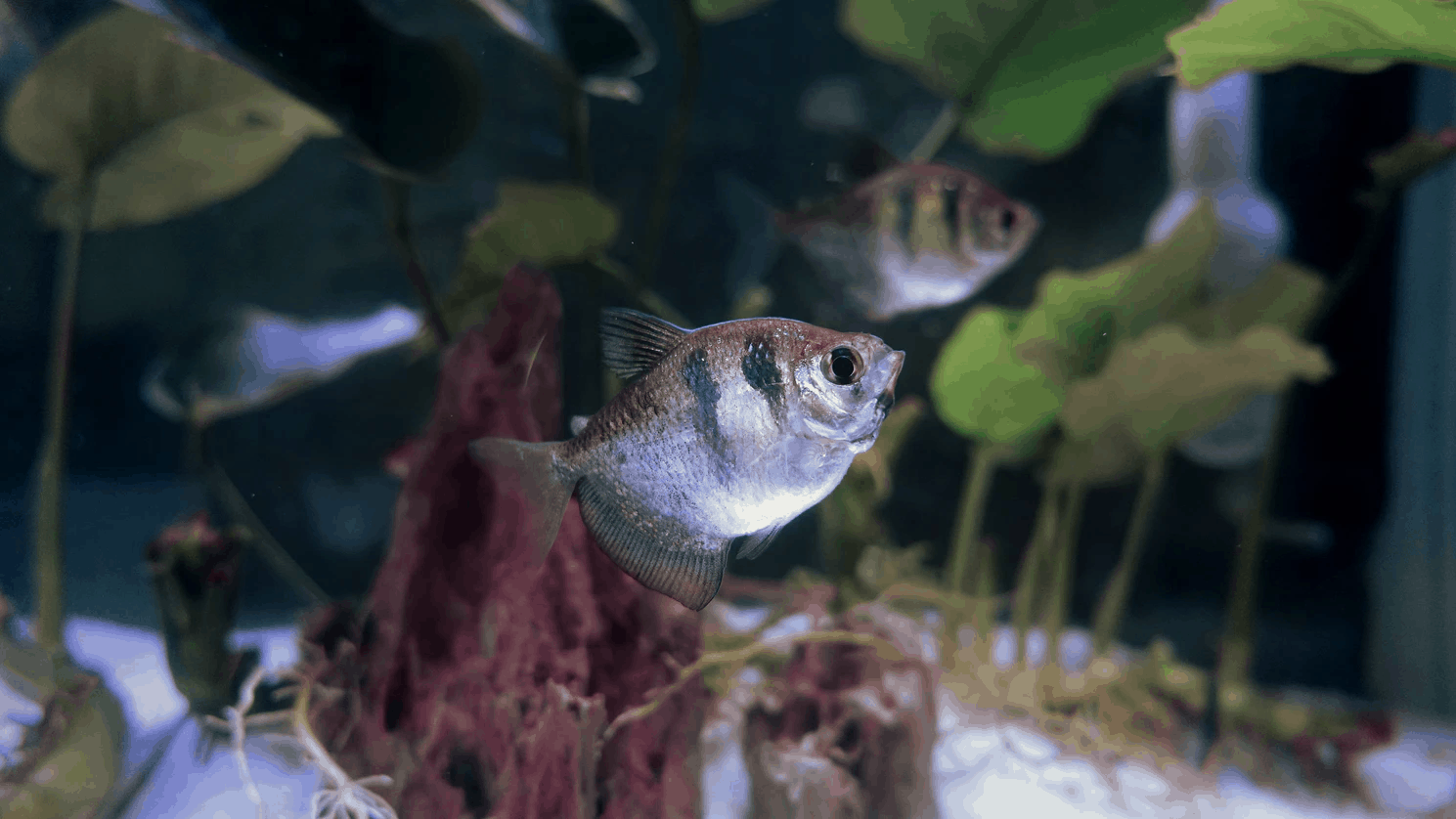 How to Improve Oxygen Levels in an Aquarium

If you suspect your aquarium has too little or too much oxygen, you can fix it in the following ways: