If you like to fish for food, then taste is always going to be one of your top concerns. In this article, we’re checking out the tastiest freshwater fish! Fishing is a sustainable and natural way to gather your own food, and few things are more satisfying than serving up a meal made with fresh fish that you caught yourself.

Let’s get right into our list of most delicious freshwater fish.

It goes without saying that this list is going to be highly subjective! You might ask ten different people and get ten different answers about the tastiest fish. That’s why we’ve created a list that has ample variety, full of fish with distinct tastes and textures. You’re sure to find something you love here.

Catfish is one of the most popular freshwater fish, and for good reason. You can surely identify them due to their catlike “whiskers”, which are really just long barbels. Catfish are found in freshwater sources all over the world, and have actually inhabited every continent at some point.

Taste-wise, there’s a reason catfish are so popular. They are known for having a “milder” taste than many other types of fish. So if you don’t enjoy the “fishy” taste of seafood, then catfish might the solution you’re looking for.

Their texture is a bit denser than many other freshwater fish, and less flaky. Regardless, it’s a versatile fish to season and cook. Catfish can be fried, baked, grilled, or charred. 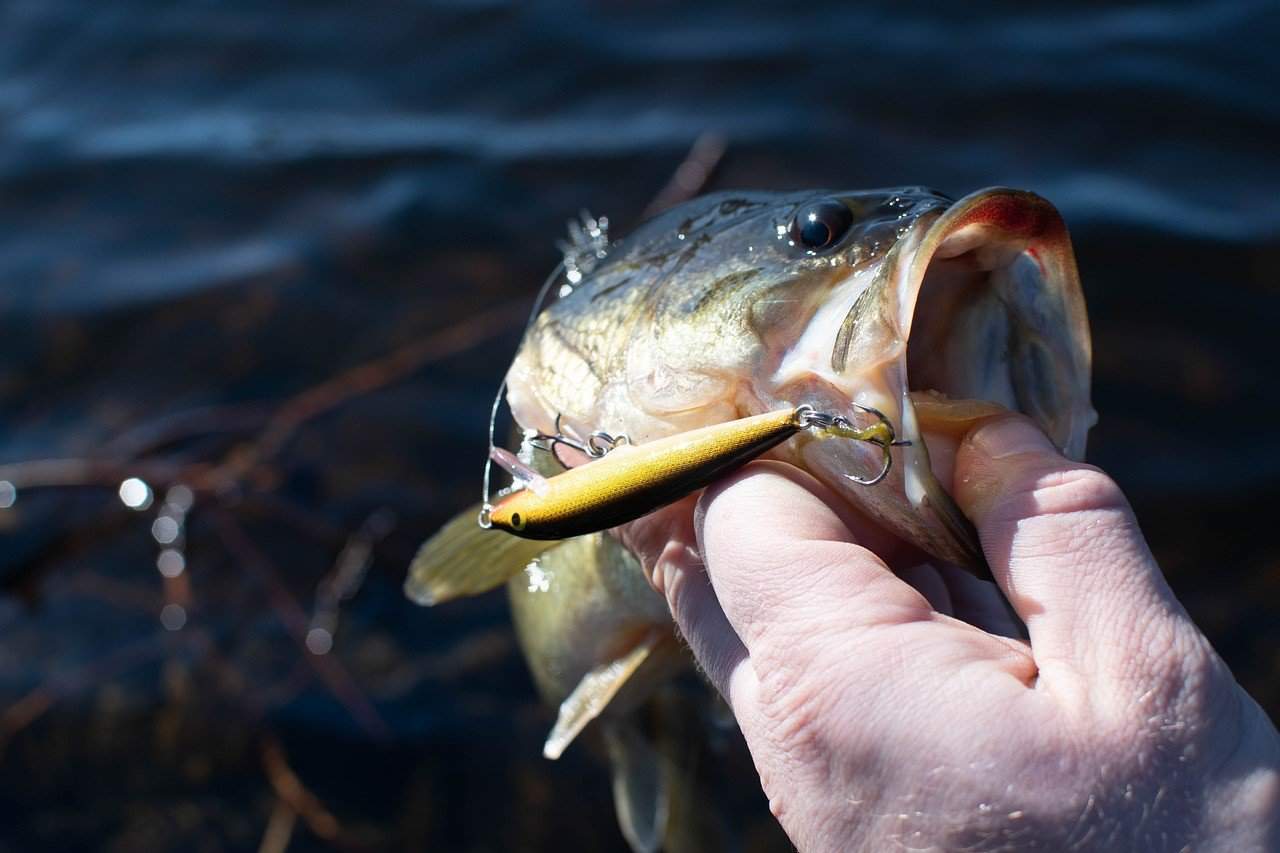 If you live in North America, then you know bass as one of the most prominent freshwater fish. Bass were originally native to eastern and central North America, but have been introduced in many locations throughout the world since.

Bass is white and flaky, but still quite dense in texture. They have a generally mild taste, which is a little sweet, and not as “fishy” as many other types of fish. Bass is a versatile fish, and fillets can be baked, fried, seared, grilled, and more! There are many delicious recipes to enjoy this popular fish. 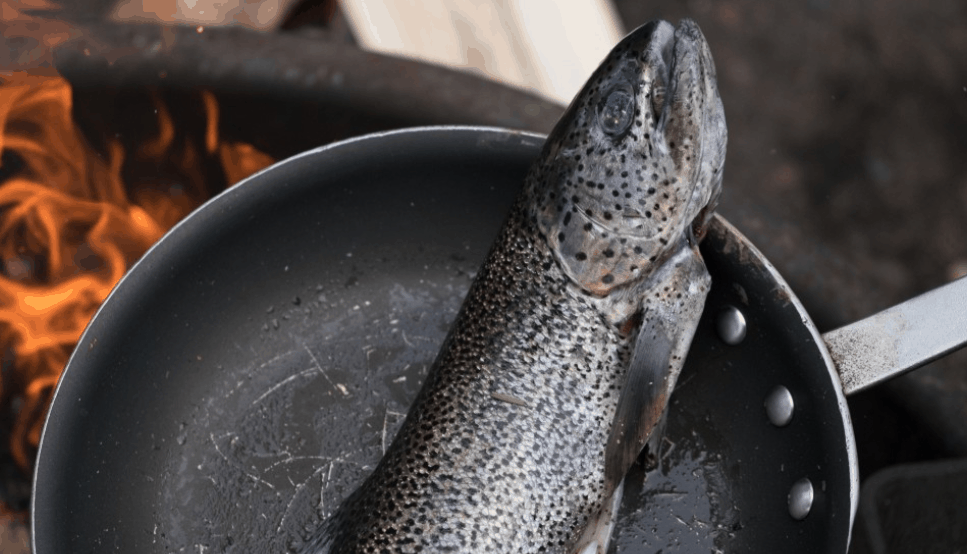 Trout is another delicious option, found in freshwater lakes and rivers all across North America, Asia, Europe, and more.

Trout has a milder flavor profile compared to many fish. In fact, some have even gone as far as to call it the “chicken of fish”, due to its subtle, mellow flavors. It lacks the “fishy” taste of many other species, and is quite comparable to catfish, which we examined above.

There are many excellent trout recipes, and it’s featured in many Mediterranean dishes. We love pan seared trout with Mediterranean spices and some olive oil. 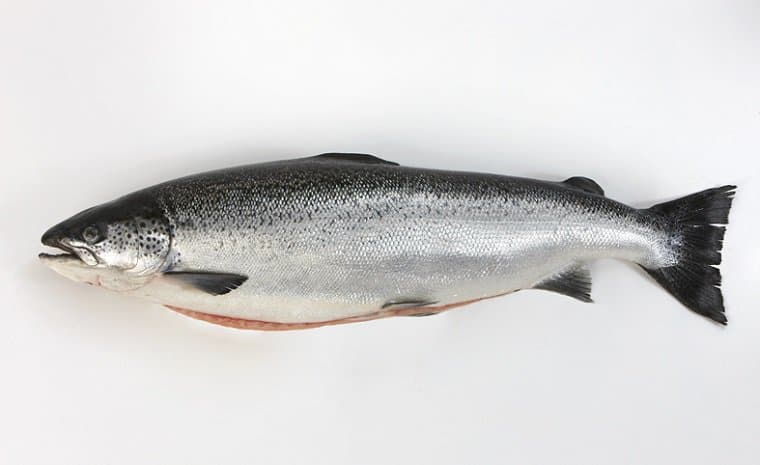 Salmon might be the most popular edible fish in general, even if we ignore the freshwater/saltwater distinction.

Salmon is notable for orange-red color. It is a great source of protein and Omega-3s. Salmon has a denser, richer texture than most fish, which is largely due to its high fat content. Salmon has a mild taste which is almost comparable to certain meats. It lacks the fishy taste of many other species of fish.

Because of its popularity, you’ll find an enormous amount of ways to cook salmon. From something as simple as oven baked salmon with salt and olive oil, to cedar plank salmon, and even sushi.

Also known as the yellow pike or yellow pickerel, a walleye is a freshwater fish native mostly to Northern USA and Canada.

We really enjoy walleye for its flaky, soft texture. It’s a white fish, with low levels of fishiness, and a flavor that is mild yet sweet. It’s not a very bony fish, which is a plus if you plan to de-bone it yourself.

There are many recipes for delicious walleye. It’s great pan-fried or baked, and is also ideal to throw on the grill. Sometimes, the simpler the better, and walleye works great when it’s pan seared with some salt, pepper, lemon, and oil.

We round off our list with another very tasty freshwater fish – the pike. Pikes are found in freshwaters all across the Northern hemisphere, including in Europe, Canada, and the United States.

Pike is among the “fishiest” tasting fish on our list. But if you’re looking for that genuine seafood flavor, then pike might be exactly what you want. The meat is flaky and rich, and it works in a wide variety of seafood dishes.

Pike is great baked, fried, breaded, and more. We love panko crusted piked. One thing to be aware of is that it’s a bit harder to de-bone than most other freshwater fish. So if you’re planning on catching it yourself, be sure to do some research on proper ways to de-bone.

All of the above fish make for a great meal. But a meal is only as good as how you prepare it. There are so many recipes for fish available, that we couldn’t possibly walk you through how to prepare each one.

That being said, in this section we’ll give you some general tips for preparing fish the right way. Follow the recipe first and foremost, but be sure to keep these tips in mind:

Of course, as with any technique, more modern approaches have developed. Many people will dry fish with a dehydrator, or even with a smoker.

Personally, we think you can’t go wrong with salmon! It’s the most popular fish on our list for a reason. There are so many amazing recipes you can make with salmon, and it’s one of the richest, most filling options on our list.