Choosing the best catfish baits requires knowing what catfish you’re fishing for and what that species enjoys most. When you’re looking for one of the big three; blue catfish, channel catfish, or flathead catfish, you must tailor your catfish baits appropriately. For some anglers there are no wrong catfish baits. For others, something as weird as hot dogs may be the catfish bait they swear by in warm water while stink baits are best in cold water.

While it’s true that some baits are effective at catching any species of catfish you’ll find that certain species respond better than others to specific ones. If you want to find the best catfish baits you’re going to have to engage in some trial and error. The water you fish in, the time of year, the time of day, and other factors may all come into play. 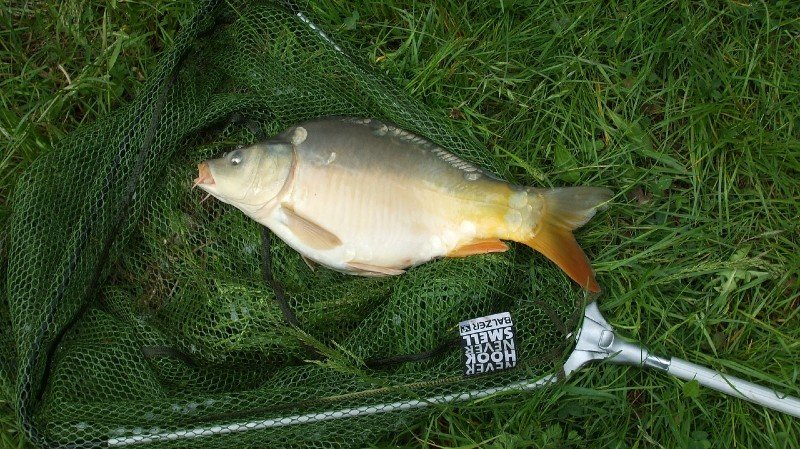 The best catfish bait for catching any species of catfish will be live, fresh bait. This is what the fish eat naturally, so it only makes sense that this would be the best option available. While there are plenty of other superb choices that anglers swear by, you’d be hard-pressed to find any serious cat fisherman man who would argue that there’s a better choice than fresh life or cut bait.

Whether we’re talking bluegill, skipjack, sucker fish or something else, live fish is what catfish know, and it’s what they crave. One thing to keep in mind is to make sure that your bait is local. You don’t want to be bringing a fish from somewhere else that could become an invasive species in the body of water that in which you’re fishing. Catch your own bait fish locally and then use it to fish for catfish afterwards.

It’s worth noting that bigger bait doesn’t always mean bigger catfish. You can still catch a large catfish with smaller bait fish, especially in the spring and fall. 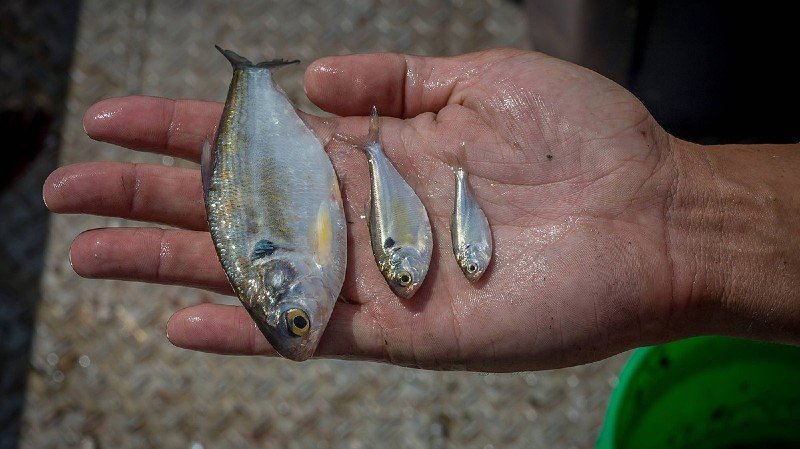 Even though shad is live catfish bait, you can consider it as its own category. For many catfish anglers it is the only kind of live bait they’ll use. You can also find several lures that are designed to emulate shad in the water.  As the summer sun starts beating down and heating up the water, shad have a tendency to act erratically and die off. This becomes a great feeding frenzy for catfish in the area. You’ll find a lot of lures that are designed to move in the same pattern as these weakened shad to capitalize on the catfish’s desire to eat them. 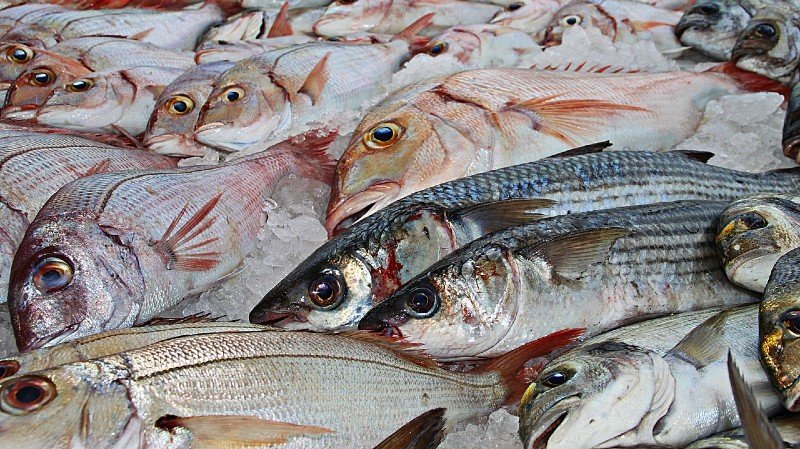 You can use the same species of fish that you would use for live bait as cut bait. Obviously you’re not going to go for those smaller shad or goldfish, though. If you want to maximize your ability to catch fish even within just this type of bait, then it’s best to use a fish with a high oil content. The scent of an oilier fish is more likely to attract catfish. Something like skipjack is a solid choice as that extra oiliness is going to hit on the catfish’s olfactory senses.

To use cut bait you can fillet the fish and then cut those fillets down to size. A piece that’s close to 2 inches long would work well. If you can cut it down to a triangular shape like the end piece of the filet that you’ll find near the tail, that will work best. Alternately you can try thin strips of cut bait that are slightly longer at about 3 inches in length. 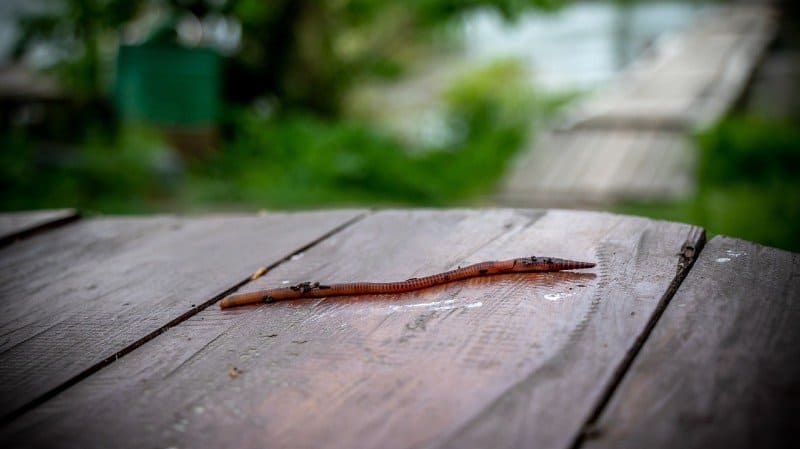 The old standby for catfishing, or any fishing for that matter, nightcrawlers have been the best and most popular bait choice for years for an excellent reason. Every species of catfish will respond to nightcrawlers. They work especially well when fishing for channel cats and even fishing for flathead catfish.

You can use a ball of five or six nightcrawlers on a treble hook to draw in the larger flatheads, Many catfish anglers have had success pulling in cats that weighed 40 lbs or more using this technique. Old school anglers will often swear by nightcrawlers as the best catfish bait. 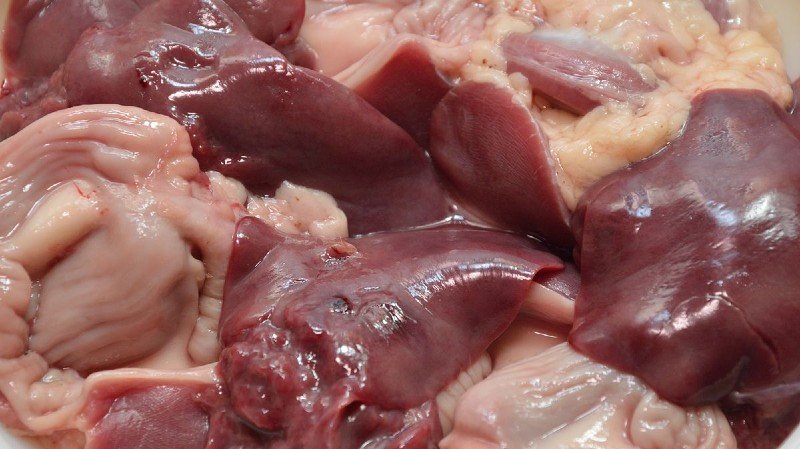 Some people definitely like to go a little outside the box with their catfish baits. You can consider it on par with using hot dogs, and chicken livers are surprisingly popular for this. There are a number of anglers who will swear by fresh chicken liver as the best alternative to live fish.

Practically speaking, getting live bait fish is not always an option. Whether it’s because of the time of year, or your own time constraints, it may not be an option for you to get some fresh bluegill or sucker fish. You can head to the grocery store and get a tub of chicken livers for a fairly reasonable price, however.

The big issue with using chicken livers as bait is that they are extremely soft. That means it’s difficult to keep them on a hook. If that’s the case you may want to try treble hooks or some other tricks. Chicken liver can fly off when casting, and if a fish just goes in for a nibble, it might rip the whole liver right off.

Your best bet for keeping chicken livers on the hook is to use either some bait string or an egg loop knot to keep them in place. Treble hooks and other multi-prong hooks will obviously give better results. 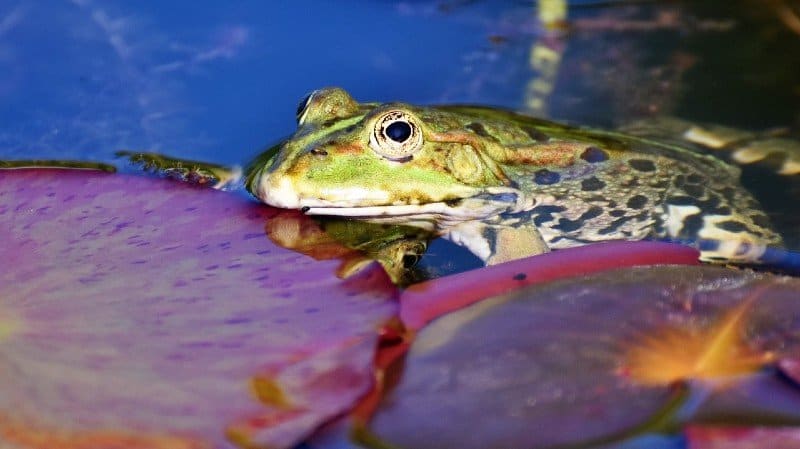 Frogs are an effective bait for catching catfish in many areas, because they share the same ecosystem. Catfish are used to having frogs around and feeding on them during specific times of the year. Consider when the temperatures change from summer into fall, frogs congregate more in the warmer water. As the air temperature begins to cool and catfish can scavenge for them during the first couple hours of night.

Because it’s something familiar to them, you can use frogs as bait and expect that you will get a decent amount of traction with larger catfish.

Not everyone is comfortable using frogs as bait when fishing for catfish. They do tend to be more cumbersome and not every angler is comfortable actually killing frogs for the sake of using them as bait. They’re harder to come by and many bait shops will not carry them. But they are an option if you’re looking to try something different. 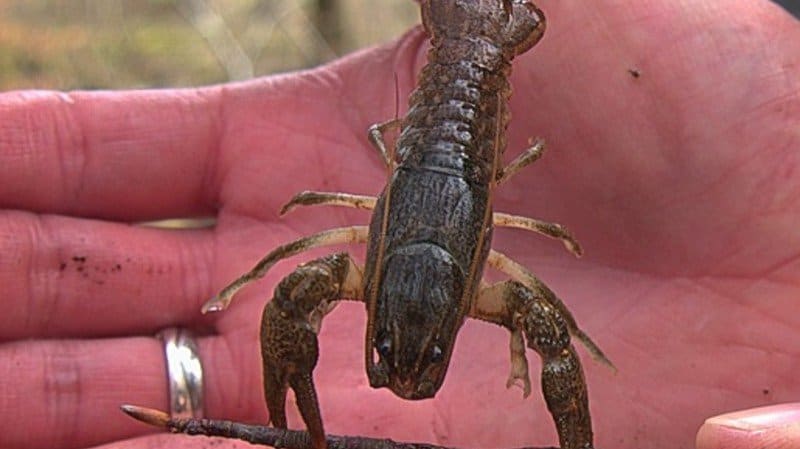 Flathead catfish in particular enjoy feeding on crayfish. Flatheads and crayfish populate the same hidden areas under the water, so it makes sense that the fish would snatch these up when they get a chance. It is not the best catfish bait for every catfish, but it does a wonderful job with channel cats as well.

You can hook a crayfish through the tail live to keep it moving. This will give you some decent luck fishing for smaller flatheads. Crayfish aren’t a good bait if you’re looking for some bigger fish though. You can expect to top out around 10 lbs on average when you’re using crayfish as bait to catch catfish. 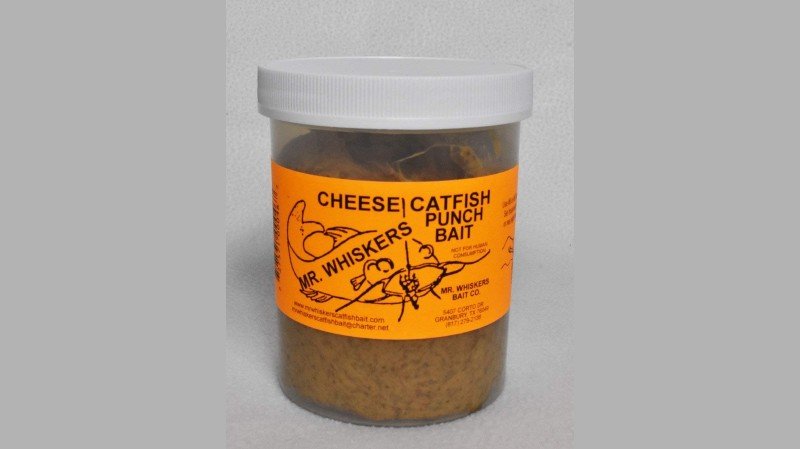 Punch bait is especially effective for channel catfish. That said, you’ll have success with blue catfish and flatheads if you use it right. This bait is available at any fishing supply store and even places like Walmart.

Punch bait is a cheese-based bait that is mixed with scents, flavorings, and a fibrous substance to make it thick and sticky. The whole mix works because it smells and tastes good to catfish. It gets its name from how you use it. To bait a hook with punch bait you open the bucket it comes in and drop in a treble hook. You can use whatever kind of tool you have handy, even the end of a stick, and just punch the hook down into the bait. When you pull it free, there will be a thick glob of the punch bait stuck to the hook. That’s all there is to it, and you’re ready to catch catfish.

Catfish, particularly channel catfish, really respond well to punch bait. It comes in a number of distinct flavors ranging from blood, to garlic, and more. There are also many brands that produce it, and you may have more success with some rather than others, but it’s a fairly reliable product. It’s also reasonably priced so even if you’ve never tried it before, you don’t have to invest much in a 1 pint jar to give it a spin. 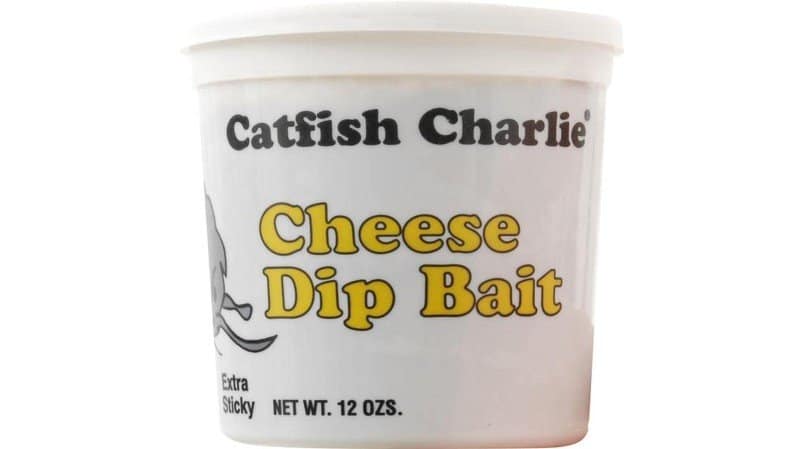 Dip baits are like punch baits, but they are not as thick. A dip bait is like a thick liquid coating that works best on anything from live bait to dip sponges, worms and dip tubes. Anything that is meant specifically to be coated in the substance before you cast. While a punch bait is hearty enough to hold on to you your hook for a while, a dip bait is much thinner and will wash away quickly and need a reapplication.

That thinness is intentional and is part of the reason why dip baits work so well. As it washes away, it creates a chum cloud in the water that will attract the catfish to it. The idea being that one of the catfish will latch onto your hook, but you will have also attracted others to the area. That allows you to continue to fish and catch more.

When you use these catfish baits, you need to remember to stir up the container before using it. There will often be some settling and this helps loosen it up, thin it out, and get it all mixed together. It’s also worth noting that some dip baits can be incredibly offensive to smell, so you want to be on the lookout for that.

Like the punch bait, dip bait come in a variety of scents meant to attract different species of catfish like channel cats and blue catfish. Some can be more effective in warmer weather, and some in colder. There are so many varieties it’s best to see what is recommended and try it for yourself. 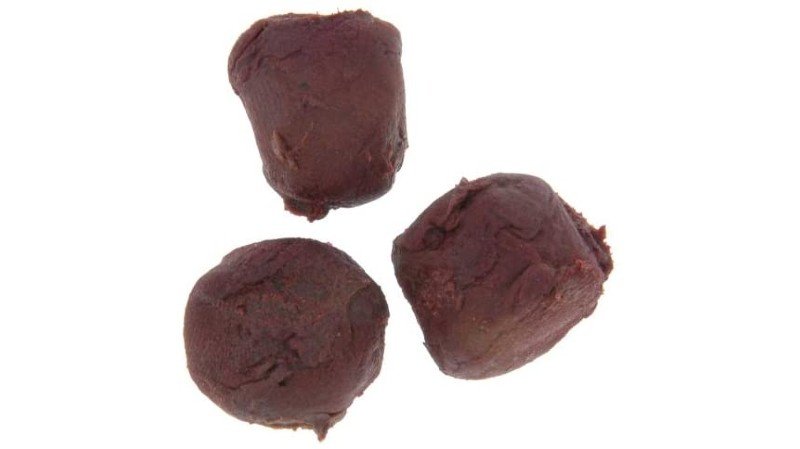 If you’re not familiar with stink bait, you may have seen several brands advertised before but weren’t entirely sure what they meant. Stink bait is a general term meant to describe dip baits, dough baits, punch baits and similar concoctions that leave a scent in the water. These can either be homemade or store-bought and come in nearly countless varieties.

The point of a stink bait is just what the name implies. It is a pungent mixture of ingredients meant to attract catfish because they have an exceptional sense of smell and will be attracted to these kinds of catfish baits. They are effective any time of year and any time of day for chumming the water with scent.

No matter what kind of bait you use normally, applying a stink bait on top of it can improve your chances of landing some big fish.